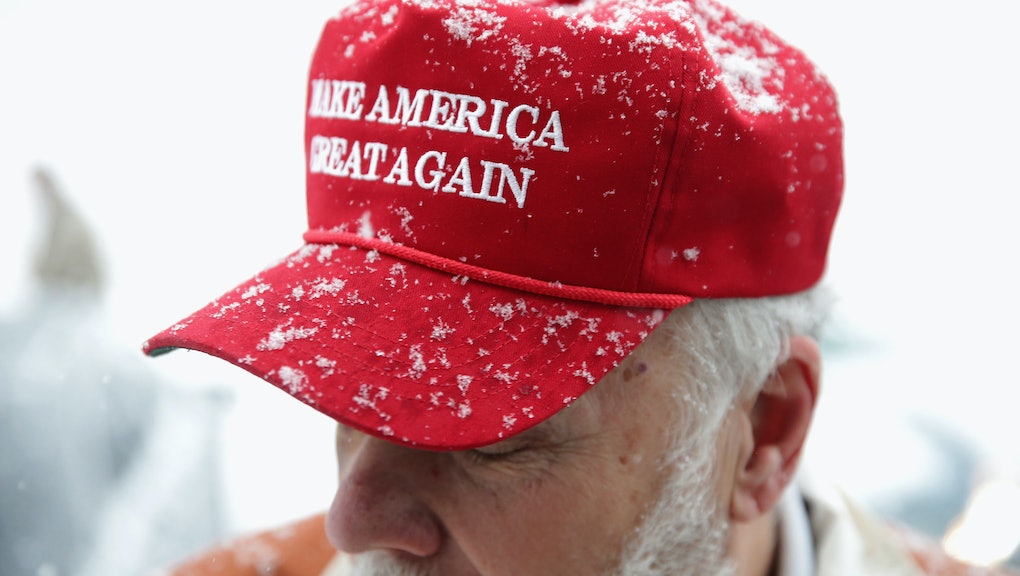 President Donald Trump, who has repeatedly claimed climate change is a Chinese hoax and denies the near-universal scientific consensus the planet is warming due to human development, has not yet publicly weighed in on whether Winter Storm Stella is proof there is no such thing as climate change.

But don't be surprised if he does.

In previous years, Trump has been quite happy to wonder aloud how global warming could be real when it's, in fact, cold outside. Searching his Twitter timeline for the terms "global warming" or "climate" yields more than 50 separate instances in which the president has called into question the veracity of climate change — which has been verified by scientists in 80 countries — because it was a nip chilly somewhere.

Of course, rising global average temperatures only mean the planet is on average warmer, not that cold weather, like Stella, are about to grind to a halt entirely. In fact, climate scientists say extreme weather — blizzards included — are a side effect of a warming planet.

But all that research is for naught as far as No. 45 is concerned. So snuggle up in a blanket and get your hot chocolate ready, because this list just goes on and on and on.