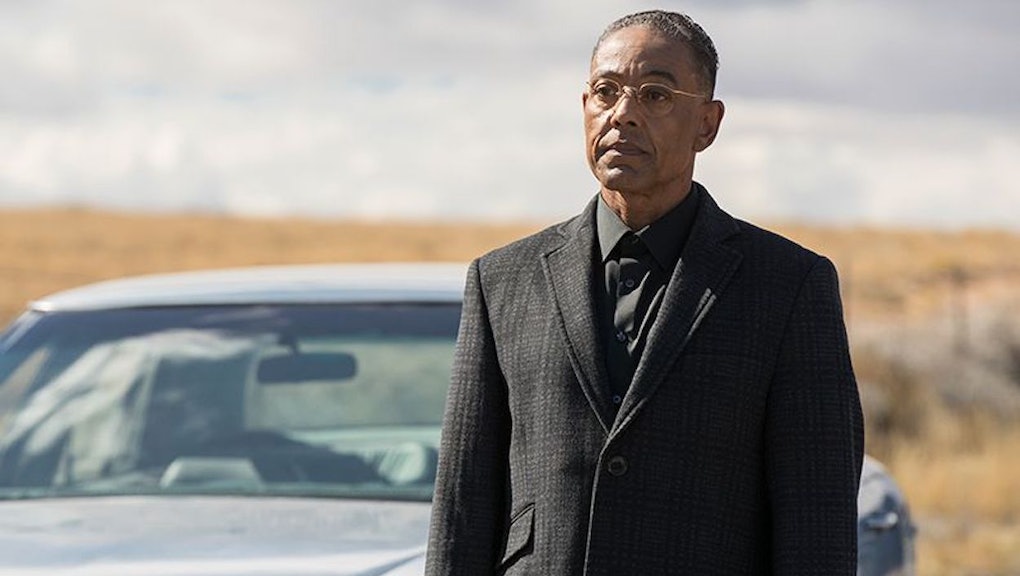 What happens to Gus Fring in 'Breaking Bad'? A breakdown of one of TV's best villains

If you aren't familiar with Breaking Bad or the show's spinoff series Better Call Saul, it might be strange to see people on the internet freaking out at the sight of a stoic fast-food chain owner in a faux restaurant commercial. Such is the appeal of Gus Fring, a mysterious, complex character who happens to be one of the best villains in modern television.

Who is Gus Fring?

Fring is set up as the main antagonist for Breaking Bad's lead, Walter White, in the third and fourth seasons of the show. He's the owner of Los Pollos Hermanos, a fried chicken chain that doubles as a front for his massive drug operation. Walter, whose strain of crystal meth is pretty damn popular among New Mexico's junkies, agrees to cook for Fring.

This partnership unsurprisingly deals with some, let's just say, setbacks, which leads to some pretty intense exchanges between Fring and Walter. This includes Fring slicing a man's throat with a box cutter in front of Walter before telling him to get back to work, and Fring threatening to murder Walter's entire family — you know, typical workplace disputes.

What happens to Gus Fring in Breaking Bad?

But Breaking Bad is ultimately the story of Walter's "Mr. Chips to Scarface" transformation, so he does get the upper hand on Fring in spectacular fashion at the end of the fourth season. Walter conspires with one of Fring's nemeses, Hector Salamanca, and plants a bomb in Hector's wheelchair. It detonates and leads to Fring's brief — yet unsuccessful — audition for Two-Face.

How will Gus Fring factor into Better Call Saul?

So with Fring dead, how is he going to factor into the spinoff, Better Call Saul?

There's a pretty simple explanation: Better Call Saul is a prequel series, and AMC wasn't exactly shy about Fring's return. The first letter of each of the 10 episodes of the show's second season spelled out "Fring's Back" — a pretty clever Easter egg that eagle-eyed fans discovered.

Fring's appearance in Better Call Saul should explain how Mike came into his service (it's through Mike and Saul that Walter is first introduced to Fring), while setting up the larger world of the Breaking Bad universe. While Fring — along with Mike and Saul, and even a younger Hector Salamanca — have series immunity because they live on to appear in the flagship series, we're still anxiously awaiting how the show will tackle Fring.

Also, for what it's worth, actor Giancarlo Esposito looks like he's had a blast returning to the show.