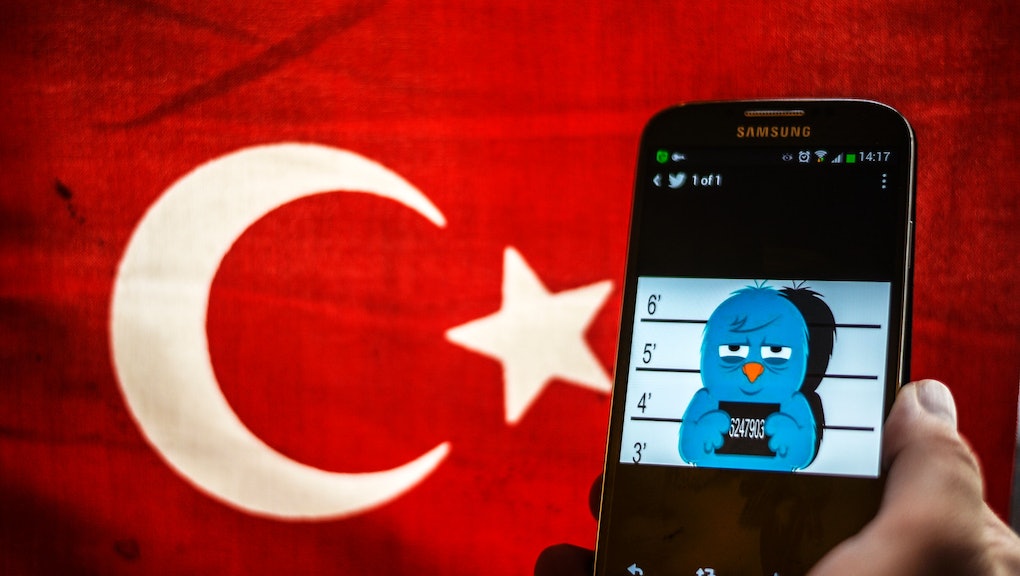 The hashtags above translate to "#NaziGermany" and "#NaziHolland," while the text below reads "this gives you a little #OttomanSlap," according to the Verge, and nods to the Turkish referendum to be held on April 16.

The referendum would expand President Recep Tayyip Erdo?an's power and tenure in office, and it's stirred controversy in Europe. After Germany and the Netherlands blocked Turkish officials from lobbying for the referendum in the respective countries, Erdo?an accused both of Nazism, saying the "Nazi remnants" lingered in the Dutch government and that Germany was practicing Nazi-reminiscent behaviors. Thus the hackers' message, and the pro-Erdo?an video that came with it.

Many of the accounts have since been restored, and as Gizmodo reported, it seems to be the third-party app Twitter Counter that left certain users open to attack. In November, a hack carried out over the analytics service prompted a handful of blue check-marked accounts to start spamming their followers. Gizmodo pointed out that people who've used Twitter Counter can disable it by going to their Twitter accounts' "Settings and Privacy" section and selecting "Apps."

"We are aware of the situation and have started an investigation into the matter," Omer Ginor, a Twitter Counter spokesperson, said in a statement to the Verge. "Before any definite findings, we've already taken measures to contain such abuse of our users' accounts, assuming it is indeed done using our system — both blocking all ability to post tweets using our system and changing our Twitter app key."

Twitter, meanwhile, told the outlet that the hack was linked to a "third-party app" and said it was "working at pace and taking direct action on this issue."