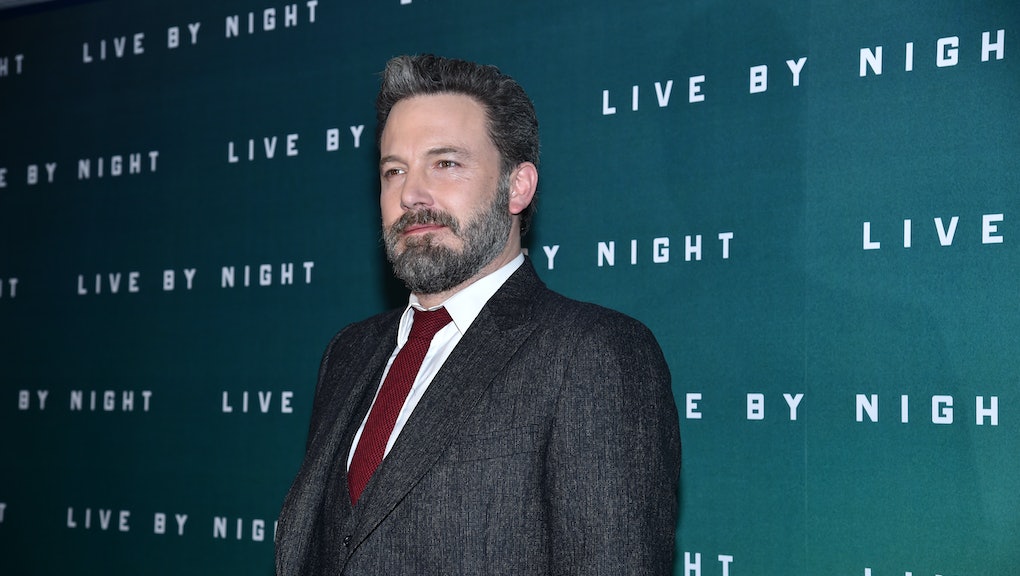 As he notes in his post, this has been an ongoing battle, as the actor checked himself into rehab for alcoholism in 2001.

"I want to live life to the fullest and be the best father I can be," stated Affleck. "I want my kids to know there is no shame in getting help when you need it, and to be a source of strength for anyone out there who needs help but is afraid to take the first step."

Affleck acknowledges that there is still work ahead in battling his addiction, and that completing treatment "was the first of many steps being taken toward a positive recovery."

News of Affleck's stint in rehab comes only a few weeks after Variety reported that the actor had decided he would no longer direct the The Batman, the upcoming standalone film set within the DC Extended Universe.

At the time, Affleck, who also stars in the DCEU as Batman, stated that "performing this role demands focus, passion and the very best performance I can give. It has become clear that I cannot do both jobs to the level they require."

Affleck is still set to star in future films as the Caped Crusader, though there had been rumors that he wanted out. The actor will next appear as Batman — barring a cameo in June's Wonder Woman — in November's Justice League. Matt Reeves has signed on to direct Affleck in The Batman.

Affleck's next project as a director is Witness for the Prosecution, which will be adapted from the Agatha Christie short story of the same name. Affleck is also slated to star in the film.