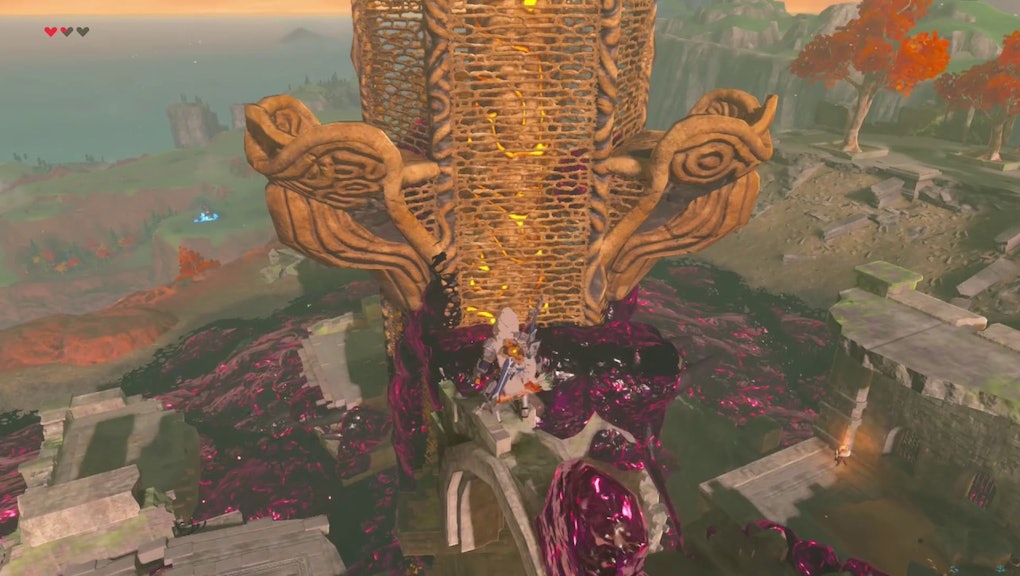 'Breath of the Wild' Akkala Tower Location and Guide: How to get past the malice around it

Having trouble climbing to the top of Akkala Tower in The Legend of Zelda: Breath of the Wild? Here's how to get past the black ooze — known in the game as "malice" — and unlock that section of the map.

Climbing and activating Sheikah Towers in The Legend of Zelda: Breath of the Wild is essential in the game — especially for exploration-minded players. It's the only way to reveal the map of the game world, which you need to find things.

Most of the towers have some kind of trick to climbing them, and Akkala Tower, which sits in the northeastern-most region of the map, is one of the most obtuse. It's surrounded by malice, which damages you on contact and blocks you from climbing through it. That makes the tower impossible to scale unless you know what to do. Thankfully, I've done it, so we've got you covered.

How to scale Akkala tower in Zelda: Breath of the Wild

There are basically two ways to do this: The way the game wants you to do it, and the cheesy way. I'll cover both here.

First, there's a legitimate solution to the puzzle. On the northern side of the tower, you'll see a barred window with a hole in it. You can shoot an arrow through this hole at an eyeball, which will clear out a section of the malice. It won't be enough to climb the tower, but it will be enough to loose a steel beam into the pool of malice outside of the window.

Use the magnesis rune to carry the steel beam up the staircase near the window, and set it down between this platform and the ooze-covered outcropping on the tower, allowing you to walk up and climb the tower without a problem.

That's all fine and good, but there's a sneaky way, too. There's a small piece of doorway overhead on the platform where you're supposed to ultimately set down the steel beam. You can finagle your way to the top of that by climbing and just paraglide to the climb-able part of the tower. You can also use the power you get from completing the Vah Medoh dungeon in the northwestern portion of the map to scale virtually any tower without a problem, including this one.

Either way works just fine. Climb the tower, place your Sheikah Slate in the pedestal and enjoy the Akkala Region. Voila.

Find out all there is to know about Zelda: Breath of the Wild, including what to expect from the Wii U version, how to preserve your items, how to beat bosses like the Stone Talus, Lynel, the Guardians and the Hinox, the best recipes for Link and how to take on the game's shrines. You'll also want to find out where all the great fairies and available stables are in the game, how to use amiibo with your version of Zelda and how to increase your health, stamina and weapon slots.