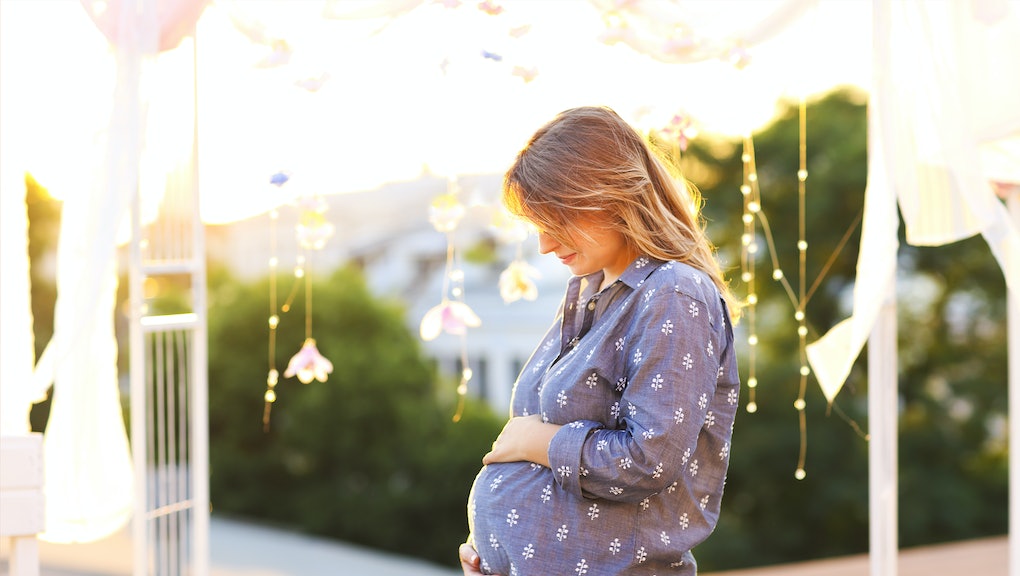 Marijuana and Pregnancy: What happens if you use marijuana while pregnant?

It's well-established fact that smoking cigarettes during pregnancy poses grave health risks to both mother and child — including birth defects. But when it comes to smoking marijuana while pregnant, you might be surprised at how many women indulge, even on a daily basis. In fact, it's the "illicit" drug most widely used by pregnant women.

As more states legalize medical and recreational cannabis, expectant mothers have turned to the drug in spite of social pressures against it, research that highlights medical dangers and, in some cases, the threat of arrest or intervention by social services. Many go on to have seemingly healthy babies. So what's the truth about weed and pregnancy?

Marijuana pregnancy studies: How many people use marijuana while pregnant?

According to a federal survey published by the Journal of the American Medical Association in January, with data spanning 2007-2012, some 3.9% of pregnant women reported using marijuana within the past month. Just 7.6% of nonpregnant reproductive-aged women reported the same, suggesting that a substantial fraction of women in this age bracket who might be considered occasional marijuana users continue to consume it after they conceive. The same study found that younger mothers-to-be, in the 18-to-25-year-old range, were even more likely to have used marijuana while pregnant; 7.5% said they had done so in the past month.

Marijuana, pregnancy and nausea: Why some people use marijuana while pregnant

To hear these women and their supportive partners and friends tell it, however, their marijuana use is not about intoxication. Rather, it can help to mitigate many of pregnancy's difficulties, from nausea to pain to anxiety — the same sort of symptoms endured by typical marijuana patients.

The question, of course, is not whether weed is an effective treatment for these problems, but whether the hazards outweigh the benefits.

"When patients ask me about the safety of marijuana, I tell them that there's very little research to support its safety," Jocelyn Brown, a Certified Professional Midwife with GraceFull Birthing in Los Angeles, wrote to Mic in an email.

She added that "what research is there is often poorly conducted, because many published studies haven't teased apart women who use marijuana during pregnancy from women who are using alcohol, cigarettes and other substances during pregnancy."

"It's really too bad, because cannabis is so helpful for many symptoms common to pregnancy," Brown said. "Unfortunately, though, I just can't tell [clients] it's definitely OK, and I certainly can't give them any kind of evidence-based dosage or guidance. I, myself, don't use marijuana, so I can't even give them any personal wisdom. Hopefully, as more and more states legalize it (or if it's legalized federally!) there will be more quality, ethical research being done. But research on medications in pregnancy is inherently challenging, anyway. It's a long road ahead."

Marijuana and pregnancy: Risks and dangers

As with almost everything we know about marijuana's effects on the human brain and body, research in this area is woefully scarce, and the information we do have is somewhat mixed. Early studies published in the 1980s struggled with the question of how to quantify marijuana use. And with the drug still illegal nationwide, women were understandably reluctant to admit in scientific surveys that they had smoked weed while carrying a pregnancy to term.

Nevertheless, patterns surfaced. Regular marijuana use correlated to low birth weights as well as preterm delivery. It also emerged that marijuana users more often gave birth to infants with major malformations, though when controlling for other factors, this did not appear statistically significant. Moreover, researchers could not connect marijuana to any specific birth defect, so its direct effects on fetal development remained unclear.

Then there's the matter of THC, or tetrahydrocannabinol, the psychoactive compound in marijuana, which can pass from the mother to fetus via the placenta, or to the infant via breast milk. THC is hardly considered risk-free, even for adults, and there's evidence that it particularly wreaks havoc in developing brains, resulting in everything from lower IQs to structural abnormalities. Marijuana may directly interfere with the way brain cells are wired. The National Institute on Drug Abuse cites the possibilities of THC-exposed newborns demonstrating "altered responses to visual stimuli, increased trembling and a high-pitched cry." It seems either prenatal or postnatal pot use invites "neurobehavioral consequences" down the line.

Also, some hospitals routinely drug test mothers and their newborns, and a positive result for marijuana in either can draw the scrutiny of child protective services. Colorado, for example, has seen a spike in THC-positive babies. Larry Wolk, a pediatrician and head of the state health department, cautioned that even if examination of an infant reveals no abnormalities, "some of the things we don't see develop until a child is school age." These outcomes, according to the state's comprehensive 2015 study, include "decreased academic ability, cognitive function and attention."

The risks of marijuana use during pregnancy aren't definitive

All of the above is reason to be concerned about the apparent trend of women consuming cannabis while pregnant — but in many ways, the jury is still out on these risks, which are loosely associated more than causally linked.

"I do tell people that what little quality research we have says that cannabis in pregnancy is probably not as dangerous as many people fear, but is also not as safe as many other people would like to think," Brown said. "I remind my patients that they can also do their own research and come to their own conclusions. To me, reminding patients that they are in charge of their own pregnancies is the hallmark of midwifery care... I also advise [clients] never to smoke — anything. Smoking's terrible for placentas and babies, whether it's marijuana, nicotine or other herbs."

As to the hard data, a study published in the October 2016 issue of the journal Obstetrics & Gynecology found researchers concluding that smoking marijuana during pregnancy doesn't definitively increase the likelihood of preterm birth, low birth weight or similar birth outcomes. The review differed from others in that it controlled for the expectant mothers' tobacco intake as well, and showed that it was the women who smoked both who more often had birth problems, while those who smoked just marijuana didn't face an increased risk.

Likewise, the battle over the potential effects of THC in breast milk is far from resolved, and by the Food and Drug Administration's own standards, marijuana may be no more or less dangerous for pregnant women than the kinds of pharmaceutical drugs that doctors traditionally prescribe for them.

Brown echoed that concern, saying that "lots of FDA-approved, over-the-counter and prescription medications aren't truly proven to be safe in pregnancy using human trials." So her "blanket recommendation, even when taking something as seemingly innocent as acetaminophen or antacids, is: Take the lowest effective dosage possible, as seldom as you are able."

One midwife's "blanket recommendation, even when taking something as seemingly innocent as acetaminophen or antacids, is: Take the lowest effective dosage possible, as seldom as you are able."

The science on longer-term effects of prenatal exposure to cannabis is even murkier, since there's barely any of it, and in the absence of anything more conclusive, it looks as if those who want to self-medicate with marijuana during pregnancy will continue to do so. Attempts to put the same sort of warnings to expectant mothers on legal weed that appear on cigarettes and alcohol have pretty much stalled. Women are currently left to their own best judgment.

"In other words, you're an adult, this is your pregnancy, your baby, and don't overdo it," Brown concluded.