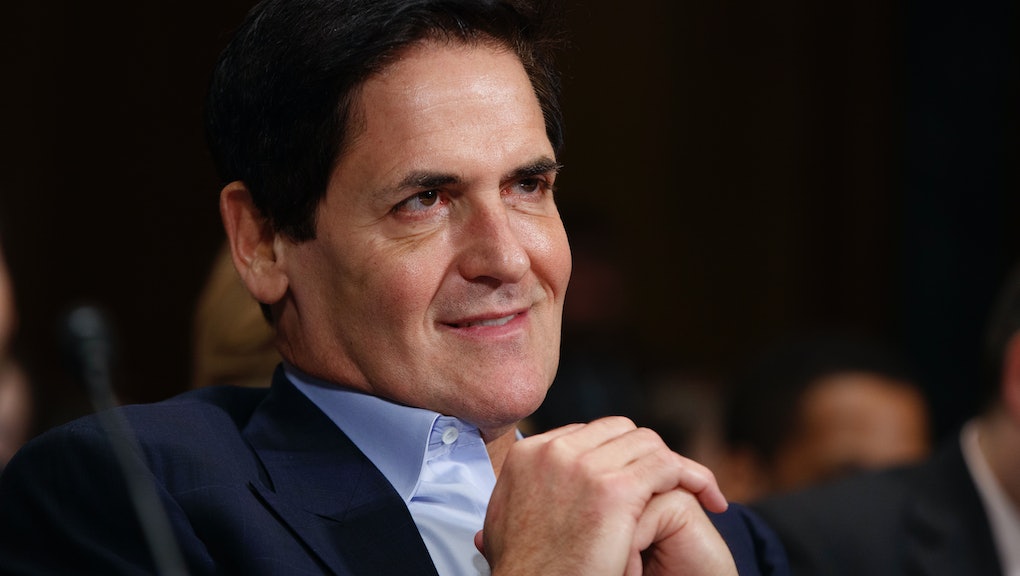 Mark Cuban: Donald Trump has “no leadership skills” and “no management skills"

"No leadership skills, no management skills, not very good communication skills, but he's obviously had an impact on the economy so he gets credit for that," Cuban told Tapper on a segment on Wednesday.

Cuban did note that he agrees with Trump on a corporate tax perspective — he said he would like to see them "much lower" — but as far as Trump's ability to lead, he disagrees with his style. Cuban pointed to the White House leaks as evidence of Trump's failure to efficiently communicate:

I've been in takeover scenarios, companies where I've purchased where there's been bad culture, right? You've got to sit down and where people disagree with you, you've got to say, 'Look, there's going to be issues, but let's discuss this. We'll communicate so that you don't have to communicate with the public. If you have a problem, have that problem with me and tell me and let's resolve it.'

Tapper said that Trump "prides himself" on his communication skills, pointing to his ability to sway enough voters to put him in power. But Cuban notes that there is a difference between "rallying the crowd and putting together a hype video and managing and leading people." He goes on:

"When it comes to communication skills, have you seen him answer any questions? What's the one topic you look at him and say boy, he has in-depth knowledge?"

Sure haven't, Mr. Cuban. But have you seen his ability to hammer the shift key?