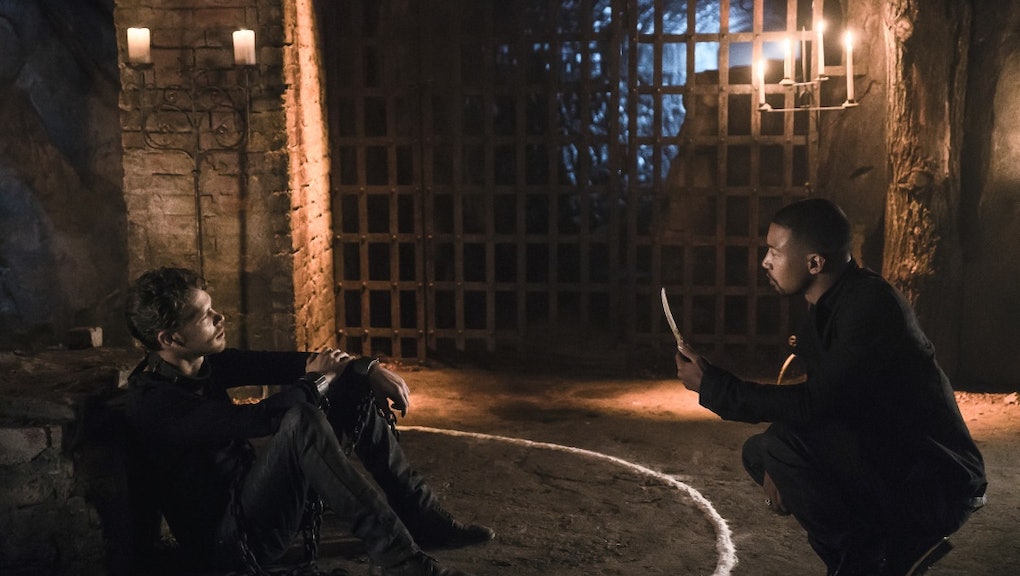 When will 'The Originals' season 4 premiere? 7 things we know about the new episodes.

Get ready to reunite with Mikaelsons in New Orleans. Season four of The Originals will premiere on Friday, and a lot has changed on The Vampire Diaries spinoff series.

The upcoming 13-episode season will bring new elements of terror and darkness to the Mikaelson siblings — Klaus, Elijah and Rebekah — who reside in New Orleans. Ahead of the premiere, check out seven things to expect in season four.

The fourth season will begin with "Gather Up the Killers." The episode will find Marcel ruling New Orleans. However, his power is threatened by the un-sired vampires he allows into the city. Meanwhile, it'll be up to Hayley to try and bring the Mikaelsons back.

Season four begins five years after season three concluded. The family also includes Hope, a mystical child who is part werewolf and part vampire, who is reunited with her father in season four's third episode. Last seen as a toddler, Hope is now a powerful 7-year-old girl.

3) How Hope will factor into the season four plot

Hope's relationship with her father will be featured heavily in the fourth season. But all is not well for Hope. The little girl is in danger: the third episode of the season features her as the target of a witch who wants to sacrifice her alongside other innocent children.

The series finale of The Vampire Diaries seemed to hint at a future romance between Caroline Forbes and Klaus Mikaelson, leaving the possibility of Caroline appearing on The Originals open.

Caroline was last seen running the Salvatore Boarding School for the Young and Gifted with Alaric. She received a donation to the school from Klaus accompanied by a note signed, "I do look forward to thanking you in person someday ... however long it takes. Yours, Klaus."

Unfortunately, it doesn't look like a crossover will happen in season four. Creator Julie Plec told Entertainment Weekly that the door is open, but it's not a "promise" that Caroline will appear.

5) Season four has a scary influence

The fourth season will up the fear element from its predecessors, according to Plec.

"We wanted to shape it like a Stephen King novel this season and really draw from our favorite books, like It, and introduce this really dark presence that is controlling the supernatural community of New Orleans," the show creator told the Hollywood Reporter.

6) Something bad is brewing in season four

Hope's struggle to control her supernatural talents is a crucial part of the plot, Plec explained to the Hollywood Reporter. The family is also threatened by a dark force in the southern city that Plec described as "not seen and is targeting children and is targeting innocents and is just really vile."

To fight this evil presence, the Mikaelson family will be forced to decide if they can work with the leader of the supernatural community, Marcel, a foe of Klaus.

7) The beginning of the end

This might be the final season of The Originals. The series has yet to be canceled, but Plec told EW that part of the reason she can't guarantee a Vampire Diaries crossover is because "we don't have a fifth season."