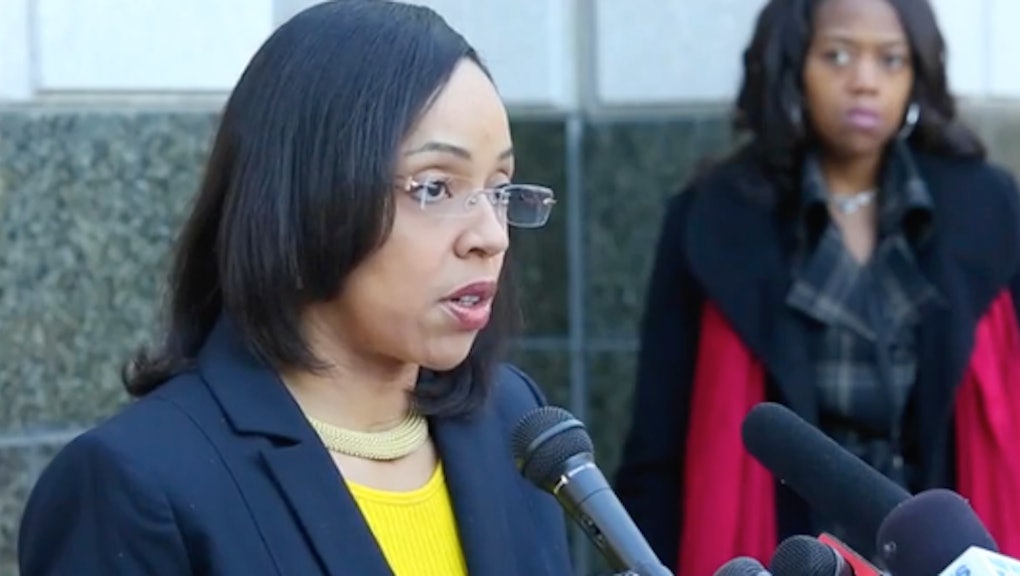 Orange-Osceola State Attorney Aramis Ayala — the first and only black elected prosecutor in Florida history — announced Thursday that she would not seek the death penalty for anyone convicted on her watch.

Ayala's decision puts her at odds with many in her state. Florida's notoriously bloodthirsty death row is the second largest in the country, with nearly 400 inmates, trailing only California's. Florida was one of just five states to execute people in 2016. That's the lowest number of states to perform an execution since 1983, according to the Pew Research Center, making the Sunshine State a national outlier.

Hundreds of Florida's death penalty cases also became eligible for potential re-sentencing in 2016, after the U.S. Supreme Court ruled the state's procedures unconstitutional. The Florida Supreme Court echoed SCOTUS by ruling that only unanimous jury could sentence people to death. Before, Florida courts could sentence a person to death if just seven out of 12 jurors ruled in favor.

"She has made it abundantly clear that she will not fight for justice for Lt. Debra Clayton and our law enforcement officers who put their lives on the line every day," said Republican Gov. Rick Scott, referring to the case of Markeith Loyd, who was indicted for allegedly killing Clayton, an Orlando police officer, and his pregnant ex-girlfriend, Sade Dixon.

It's common for death penalty advocates to flaunt gruesome and galvanizing cases like Loyd's to support their cause. But the reality is, there's no evidence the death penalty deters crime. Every country in Europe has abolished capital punishment, save for Belarus, which the BBC has called the continent's "last remaining dictatorship." And Florida's death penalty procedures continue to be plagued by racial disparities: 17% of Florida residents are black, but almost 40% of inmates on Florida's death row are black.

Ayala was one of a handful of black prosecutors to seek election in 2016, riding a wave of voter disaffection against overly-punitive criminal justice policies and failures — as with former-Cook County, Ill., State Attorney Anita Alvarez — to prosecute police officers for misconduct. She represents the county that includes Orlando, Florida's fourth-largest city.