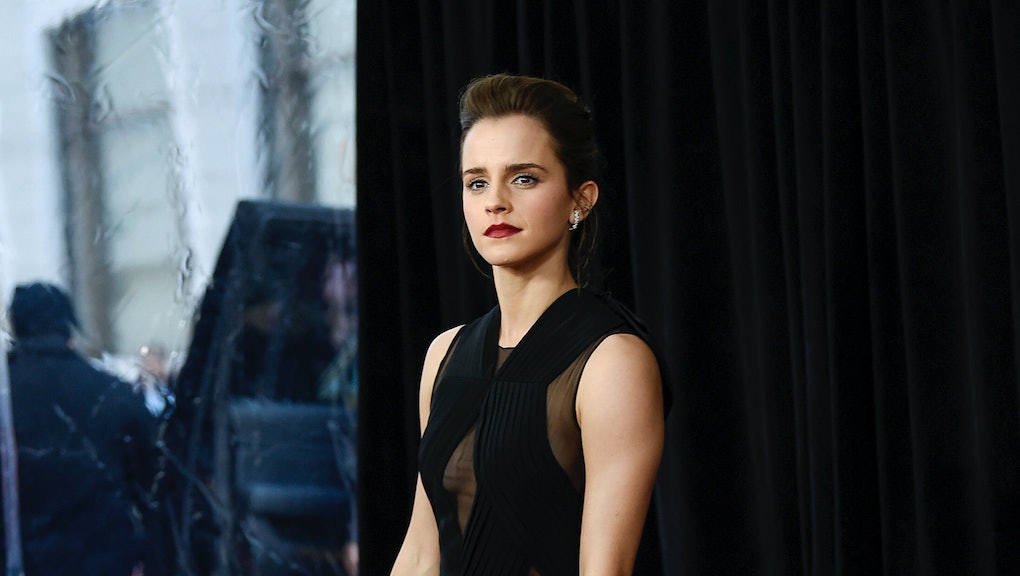 What happened to Belle's mom in 'Beauty and the Beast'

The hotly anticipated, unexpectedly controversial live-action movie Beauty and the Beast will introduce a new generation of fans to the Disney adaptation of the classic fairy tale and the singing talents of Emma Watson. It will also introduce new backstories to the film's main characters, including the story of Belle's mother.

In the 1991 animated feature, the bookish and independent Belle and her father live in the "poor provincial town," but her mother is never mentioned. In the live-action film, however, Belle's father Maurice, played by Kevin Kline, only obliquely discusses her mother, refusing to tell Belle what happened to her.

Belle and her father are close, and the artist, who is seen creating music boxes, recognizes his daughter is "ahead of her time." Maurice encourages Belle to be herself, just like her mother was, even if the villagers shun her, saying, "This is a small village, and it's small-minded as well."

Despite the narrow-mindedness of their neighbors, Maurice explains he and Belle remain in the small village they reside because of its safety. But the reason why safety is such a priority is not explained until Belle is imprisoned at the Beast's castle.

Belle's love of literature is prominent in the new film, as she repeatedly emphasizes her love of escaping her life by way of books. Along with his library, the Beast also introduces her to an entirely new way of escaping through an actual magic book that takes humans anywhere in the world just by thinking of the place they want to go. Belle's choice is "the Paris of my childhood," and that is where she learns the truth about her mother.

Through the book's magic, Belle and the Beast find themselves in the small Paris apartment where she was a baby. There, Belle realizes where her mother died after she sees a beak-shaped mask, used in the 18th century by physicians treating patients with the plague. A flashback shows Belle's mother telling her husband to leave with their daughter, so they both have a chance at living.

It was director Bill Condon who decided to expand the main characters' stories in the feature film. "Something that you have to do in a live-action version as opposed to the animated version is fill in the blanks," he told the Hollywood Reporter. "They're both outsiders, but how did Belle wind up being so different from everybody else in a town where nobody understands her, and how did the Beast become the person who earned that curse?

"That's the stuff we started to fill in, and it was those questions that led to the new songs — all of which center on those ideas."