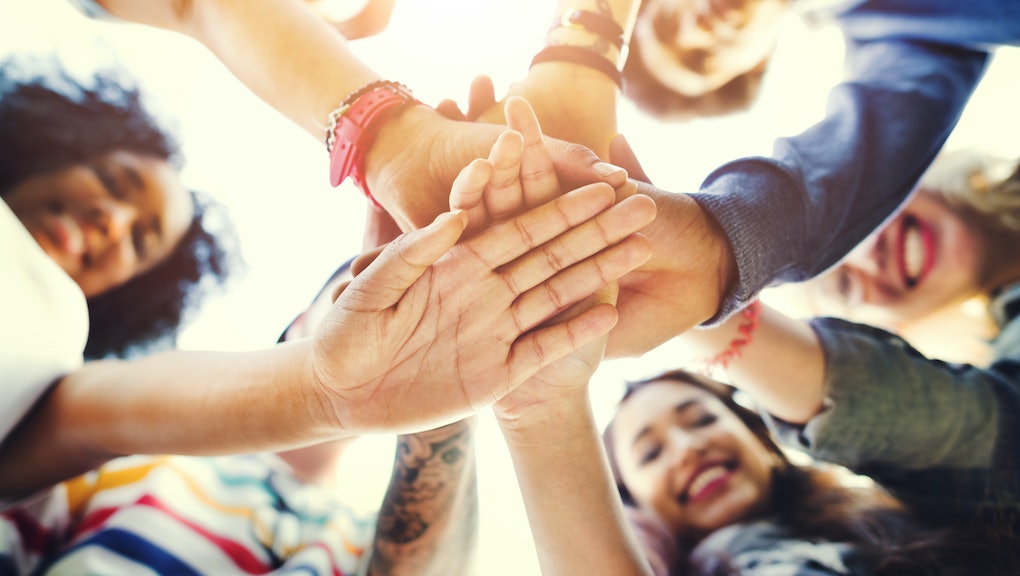 Teens get advice from their elders, but there's a case to put the shoe on the other foot. Members of so-called Generation Z beat their millennial predecessors on several counts: They reportedly party less, wear their seat belts and are more thoughtful about digital privacy than millennials ever were.

In fact, responsible behavior among older members of Gen Z — which the New York Times classifies as individuals born between 1996 and 2010 — suggests today's teens have already earned some serious kudos. Demographers already compare Gen Z to the so-called "Silent Generation," who came of age during the Great Depression. That's promising high praise: Thanks to a combination of careerism and penny pinching, the Silent Generation may have been the richest in history, according to CBS.

But don't rest on your laurels just yet, teens. Having lived through both the halcyon days of the dot-com bubble and the crushing lows of the Great Recession, millennials are battle-hardened, particularly when it comes to navigating a tough job market. And as recently as 2016, people aged 20-24 were the only age group in the country still experiencing net job losses as older workers put off retirement.

In other words, Gen Z still has a lot to learn from older peers and siblings. Here are three pieces of financial wisdom — from one wrongfully maligned generation to another.

1. Chill with the student debt

You knew this was coming. Millennials aren't shy about what many perceive to be their biggest financial woe: education debt.

Student loans are a complicated topic. After all, a debt-financed degree can be a great investment if it helps you make more money. But there's also evidence that Gen Z is setting itself up for trouble: In a survey conducted by NextGenVest, 68% of current high-school seniors said "they literally knew nothing" about how student loans work.

That's a troublingly low number. In 2012, 71% of four-year graduates had student debt of some kind — and multiple studies have determined that education loan repayment negatively affects well-being.

Perhaps more disconcertingly, more than 1.1 million borrowers defaulted on their loans in 2016. Default really sucks, because in addition to tanking your credit score, the entire balance of your loan comes due.

Because of accruing interest, the "student debt" portion of your college degree isn't so much "tuition you don't have to pay" as it is "tuition you pay later at a higher cost." That's why you need to get that figure as low as you can in the first place, whether through negotiating with your school's financial aid office, working a part-time job or even taking a gap year.

Remember: Student loans are part of an overall financial aid package that can sometimes be bargained up, especially if your family's situation changed after you submitted the Free Application for Federal Student Aid.

If you've squeezed everything you can out of the financial aid office, check out scholarship aggregators like Peterson's, Unigo and Cappex, which let you set filters to find options for which you may be qualified.

Finally, if you're concerned about paying for school, use an online calculator to estimate your future monthly loan payments. Depending on what kinds of jobs you're interested in pursuing, this can give you a much better idea of whether you can afford the money you're borrowing. Take out as little as you can; loan money is for your schooling — not spring break plane tickets.

2. You can afford to take (smart) risks

One oft-reported observation about today's teens is they feel a strong need to play it safe: A report from Bainbridge Consulting found that 55% of "inherently risk-averse" Gen Z said they feel pressured to obtain work experience early on. Indeed, an attraction to side hustles might be more a survival mechanism than a preference. As soon as today's youth can translate temporary gigs into stable white-collar jobs, the thinking goes, they will.

Plus, the notion that today's teens have entrepreneurship "in their DNA" might be a touch misleading. As Massachusetts Institute of Technology professor Andrew McAfee pointed out on Twitter, entrepreneurship has actually been on the decline for decades. Why? Some point to rising student debt.

Yet small and new businesses are a "primary source" of U.S. job creation, according to the Kauffman Foundation. If Gen Z doesn't warm up to risk-taking, the whole economy could take a hit.

One example of a potentially smart risk? Leaving the nest.

A combination of student debt and a tough job market prompted record numbers of millennials to move back in with parents after college, which certainly helps save on rent.

But research has shown moving away from home and where you went to college can seriously pay off: One study by student loan refinancing company Earnest found that graduates of top schools who move to a new region typically make $23,000 more than those who stay put.

Risk aversion can take a dent out of your retirement portfolio, too, if it keeps you from investing. As personal finance blogger Stefanie O'Connell points out — using her own finances — leaving her cash in a high-yield savings account, versus investing the funds, would have cost her roughly $4,500 over the course of five years.

Rather than avoiding the stock market entirely, as many risk-averse millennials seem to do, it is better to invest the smart way: by first building an emergency fund with cash and then putting additional dollars toward a tax-advantaged account like a 401(k) or IRA. Diversified investments like global index funds can also help mitigate the risks of equities investing while still allowing you to benefit from long-term gains.

3. Tech can be your frenemy

Teens grew up owning smartphones, which has likely helped them step up their game as far as technology goes. MTV Insights found that Gen Z is not only more tech-savvy than millennials, but also more likely than previous generations to be selective about the sites they use and set up their own online communities, Reuters reported.

And lest you assume Gen Z is comprised of anti-social phone addicts, teen smartphone owners are actually more likely to see their friends face-to-face than those without phones, according to Pew.

Yet still — while having maps, contacts, restaurant recommendations and entertainment at your fingertips is admittedly awesome — research suggests prolonged smartphone use could be harmful to health, with detrimental effects on your posture, breathing, sleep cycle and vision, among other problems.

Indeed, it's not just your physical health at risk; your financial health could also suffer. Even if you don't get on the addictive (paid) app train, your smartphone makes mindless shopping absurdly easy. And being able to make on-the-go changes to your investments, say in your 401(k), could tempt you into mistakes.

Instead, when it comes to investing, a set-it-and-forget-it policy tends to be better: The brokerage Fidelity, for example, has found its best-performing clients were actually the people who literally forgot they had accounts at all.

Why? The stock market is a serious drama queen: As economist Justin Wolfers pointed out in August 2015, the S&P 500 had fallen on 46.7% of trading days since March 1957, essentially a coin toss. When you look at stocks over the long term, though, they almost always increase in value: With the exception of the Great Depression and the Great Recession, equities have risen over every decade since 1900. So in scary times, you might be tempted to sell everything — when you should actually keep your hands off.

Wolfers advised investors to stop checking their portfolios so much, a tough temptation to resist in an era of push notifications.

One way to make the age of mobile investing work in your favor? Here's a piece of advice from certified financial planner Carl Richards: Every time you see negative headlines about the market or hear comments like "the market is scary," use a mobile app to invest $5. The (counterintuitive) reason is stocks tend to be undervalued in times of fear.

But remember: Investing in individual stocks comes with "single-company" risk, which means you should only pull the trigger with money you're totally comfortable losing. And holding more diversified investments — like those broad, inexpensive index funds discussed above — might be smarter.