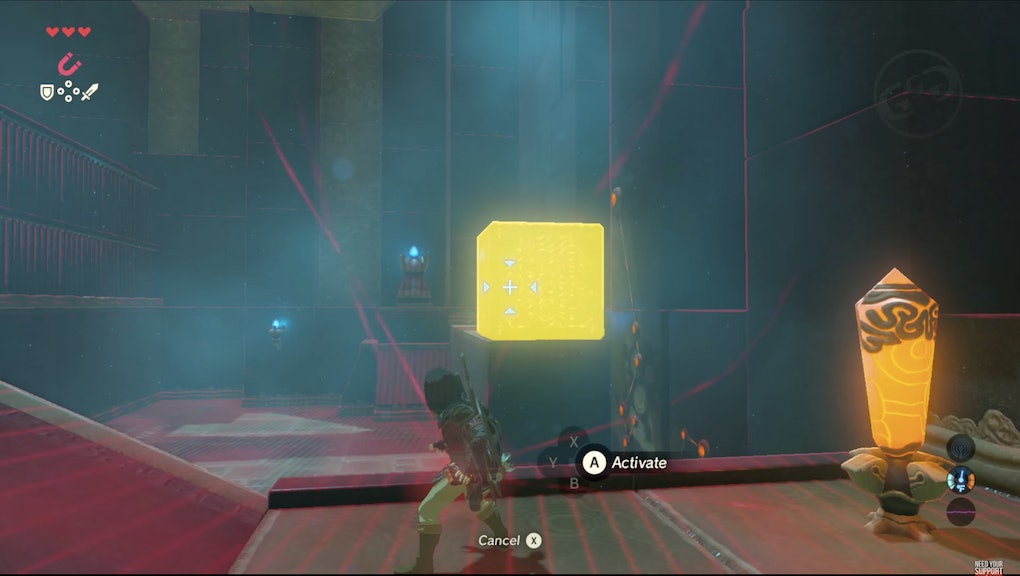 'Zelda: Breath of the Wild' "Crowned Beast" Quest Guide: How to open the Mezza Lo Shrine

There are reportedly 120 shrines in The Legend of Zelda: Breath of the Wild to find, and you'll have to get them all if you want to get Link kitted out in a fancy green tunic. Many of these shrines require you to complete a quest before you're able to access them, and some of them are hidden — even to your Sheikah Slate. Thankfully, a kindly Rito named Kass appears near these Shrines playing a concertina, and he'll give you a riddle to help you figure out how to access the shrine nearby.

If you're stumped on "The Crowned Beast" and its subsequent shrine, don't worry. We're looking out for you. Here's how to find the Mezza Lo Shrine in Breath of the Wild.

Zelda: Breath of the Wild "The Crowned Beast" quest guide: Where to find Kass and mount a stag

According to Gosu Noob, you'll find Kass northeast of Kakariko Village, playing in the Rabia Plains region. If you speak to him, he'll ask if you'd like to hear the region's ancient verse. Say yes and he'll tell you the following riddle:

A beast that wears a crown of bone,

What you'll need to do is find a stag, mount it and bring it back to the glowing circle nearby where Kass is playing. Thankfully there's a stag in the area, but they're skittish. So we recommend increasing your stealth by wearing the Stealth set — which you can buy in Kakariko Village, according to Prima Games). You can also eat a meal that gives you the enhanced stealth buff, assuming you have the right ingredients.

Mounting a stag isn't much different from mounting a horse, and once you bring the (temporarily) cowed stag to the glowing circle nearby where Kass is playing, you'll complete the quest and activate the Mezza Lo shrine.

The shrine's challenge, according to YouTube channel Gaming By Gaming, is called Ancient Trifecta. It may seem really intimidating at first, but it's actually pretty easy. There's a rotating platform that's controlled by a glowing gemstone you can strike, and each time you do so it moves clockwise. The first thing you'll want to do is strike the glowing gemstone twice, so the platform moves into the three o'clock position, or one away from where you are at the bottom of the map.

You should also notice a large block you can move with magnesis to the near the switch. The reason you wanted the moving block on the bottom of the puzzle to be one away from you is that you need to move the other block with magnesis. As soon as you do that, the laser beam it was blocking will hit the switch, causing the platform to move into the six o'clock position if you did it correctly, allowing you to get onto it while still holding the other block with magnesis.

Once you've grabbed the thunderblade, hop back on the moving platform. Target the laser beam with your stasis rune to stop the beam from firing, then target it again to undo it. This will cause the beam to strike the switch again, moving you into the 12 o'clock slot. Simply do that once more and you should be at the three o'clock position with access to the monk's chambers.

Your reward is, as always, a spirit orb, but we think the real reward was how totally awesome that puzzle is.

Find out all there is to know about Zelda: Breath of the Wild, including what to expect from the Wii U version, how to preserve your items, how to beat bosses like the Stone Talus, Lynel, the Guardians and the Hinox, the best recipes for Link, how to take on the game's shrines and our coverage of the game's outfits, like the Climbing Set, the two sets of heat resistance armor you can find and how to dress Link in the classic green tunic. You'll also want to find out where all the great fairies in the game, all available stables, how to use amiibo with your version of Zelda and how to increase your health and stamina .