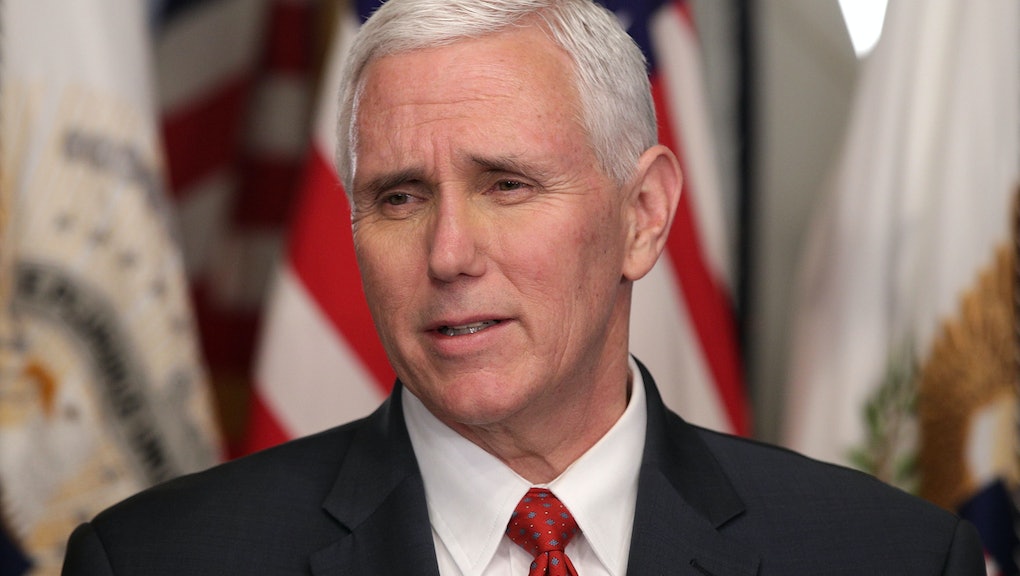 Even in a world where the president dispatches early-morning tweets roasting rapper Snoop Dogg — that is, a world where nothing makes sense — news that Vice President Mike Pence is set to receive a "Working for Women" award raises some red flags.

According to the Cut, the Independent Women's Forum is presenting the award to Pence for creating "a more dynamic and innovative work world" and for celebrating "the valuable contributions women make to society."

Ah, yes — who more deserving than Pence, who, during his time as Indiana governor, asked that women bury or cremate their fetal remains? Who better than the man who once introduced six separate measures to block patients from Planned Parenthood? Who can say they "work for women" with more aplomb than Pence, who said in 2011 that he longs "for the day that Roe v. Wade is sent to the ash heap of history"?

Surely no one else.

It could be that the IWF took Pence's International Women's Day tweet at face value.

"Today, we recognize and honor the fearless women who fight for human rights, democracy and freedom around the world," the vice president wrote at the time.

Admittedly, things makes a little more sense when taking into account that the Independent Women's Forum is a nonprofit with top Trump adviser Kellyanne Conway on its board of directors (though the organization's site says that Conway is on a "temporary leave of absence").

All things considered, Pence's latest accolade is likely to keep us scratching our heads for a bit longer.