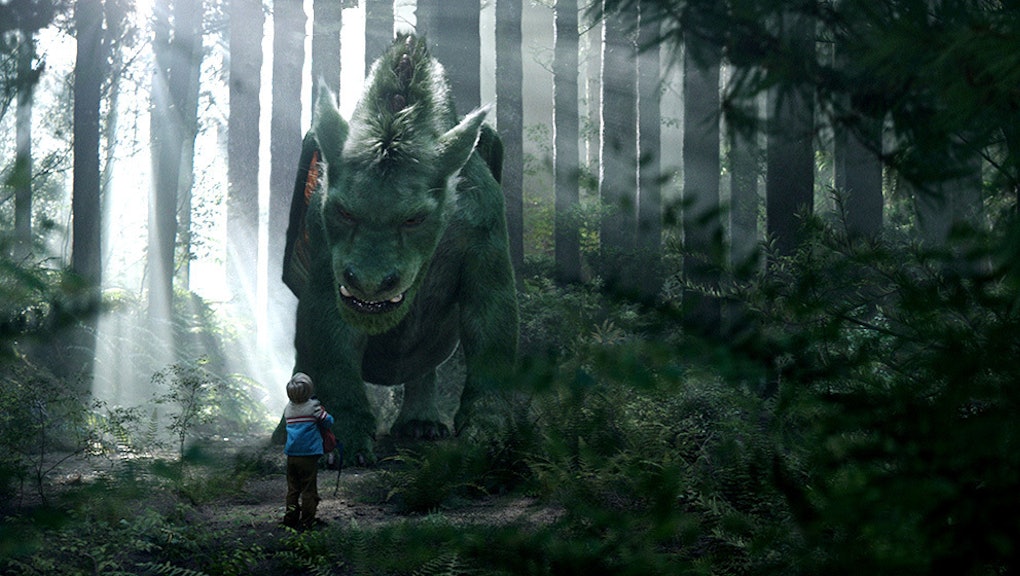 7 movies that children and adults want to watch on Netflix

Is there anything more frustrating than sitting down on the couch with your family to watch a movie and having hours go by before you make a decision? Well, obviously there probably are worse things. But it is pretty annoying.

The biggest issue, though, is that there always seems to be a compromise when it comes to adults watching movies with kids. Either the parents have to watch something too childish, or they force their kids to view something too adult-oriented or utterly uninteresting to the young mind. While they may be few and far between, there are movies that can be enjoyed by the whole family — movies that both adults and children would watch on their own.

You also probably won't be too surprised to hear that quite a few of these easily enjoyed movies are available on Netflix. So, to spare you endless hours of searching for that perfect movie, here are a few options on Netflix that the whole family can watch together.

You should probably prepare yourself for quite a few of the movies on this list to come from Disney. Let's face it: They know what they are doing when crafting a family-friendly film. And they have really knocked it out of the park with their recent live-action adaptations of beloved classic animated movies.

Before Beauty and the Beast was released, the most recent Disney live-action remake was The Jungle Book, which was a success in pretty much every definition of the word. The film has a stellar 95% on Rotten Tomatoes and grossed nearly $1 billion worldwide. It also can be enjoyed by viewers of all ages.

The Jungle Book checks off all the requirements of being a great film that both children and adults can enjoy. Is there adventure? Yes. How about talking animals? You bet. Also, Idris Elba is in it, and everything he is in is awesome.

While Disney may be killing it with live-action remakes, they are still the king of animation. And here is a Disney movie that could quickly become an animated classic: Zootopia. Much like The Jungle Book, Zootopia was a success by all measures.

The film has an astonishing 98% on Rotten Tomatoes, grossed over $1 billion worldwide and won the Academy Award for best animated feature. With all those accolades, you know the movie is worth a watch. But how does it do on our checklist? Let's see. Is there an adventure? Definitely. Talking animals? That is the entire point of the movie. Is Idris Elba in it? Actually, yes.

Compared with The Jungle Book and Zootopia, Finding Dory is a bit more childish. Still, it is an incredible film that can easily be enjoyed by the whole family — and it's also from Disney. What makes Finding Dory so accommodating to adults, though, is the nostalgia factor.

Hitting the screen 13 years after the Pixar favorite, Finding Nemo, Dory can be enjoyed by adults who were only teenagers when they saw the first film. Of course, it helps that Finding Dory is a great movie. A 94% on Rotten Tomatoes and over $1 billion worldwide reinforces how beloved this sequel is. Not surprisingly, perhaps, Finding Dory also features Idris Elba!

4. The Chronicles of Narnia: The Lion, the Witch and the Wardrobe

Perhaps one of the most beloved children's novels of all time, The Lion, the Witch and the Wardrobe was adapted into a live-action film by Disney in 2005. While the first film in The Chronicles of Narnia series did not reach quite the same heights as the Harry Potter films, or even the 2010 live-action Alice in Wonderland movie, it still did quite well.

The Chronicles of Narnia: The Lion, the Witch and the Wardrobe was generally well-received, holding a 76% on Rotten Tomatoes. The film also attracted a large audience, eventually grossing over $745 million worldwide. And while the film's two sequels were generally disappointing, The Lion, the Witch and the Wardrobe's stunning visuals and exciting story make for a solid family watch.

Unfortunately, Idris Elba is not in the movie, but Liam Neeson voices Aslan, so that's pretty cool.

As an adult, one of your many important duties is to constantly remind children how much better movies were when you were younger. Whether you start your lecture with "back in my day" or "they just don't make movies like these anymore," what is important is that you continue the legacy of older films. And The Princess Bride is a classic that needs to be continuously passed down.

The Rob Reiner film is nearing its 30th anniversary, and while it may be a bit on the mature side (for this list, at least), it can still be enjoyed by both adults and children. The film holds a stellar 97% on Rotten Tomatoes, and is sure to satisfy any fans of romantic comedies, fairy tales or good, old-fashioned adventures.

Well, it didn't take too long to make it back to a Disney film. Yet another Disney live-action remake, Pete's Dragon flew a bit under the radar in 2016, as it was completely overshadowed by The Jungle Book. Still, while Pete's Dragon failed to live up to the huge box office numbers of that film, it was yet another critical darling from Disney.

The film, which was based off the 1977 animated film of the same name, recorded a healthy 87% on Rotten Tomatoes, and is definitely worth a watch if you did not catch it in theaters. Sorry, Idris Elba does not star. But Robert Redford does.

Did somebody mention teaching children about classics? Well, there are few films that live up to the legacy of E.T. The Extra-Terrestrial. The Steven Spielberg classic is generally considered to be one of the greatest movies of all time, and was early proof of the director's immense power at the box office.

The film, which can be enjoyed by all generations, introduced audiences to one of the most beloved aliens in cinematic history. Further, E.T.'s influence is continuously seen in future films and television series from Super 8 to Stranger Things. Basically, if you haven't yet seen E.T., what are you waiting for?