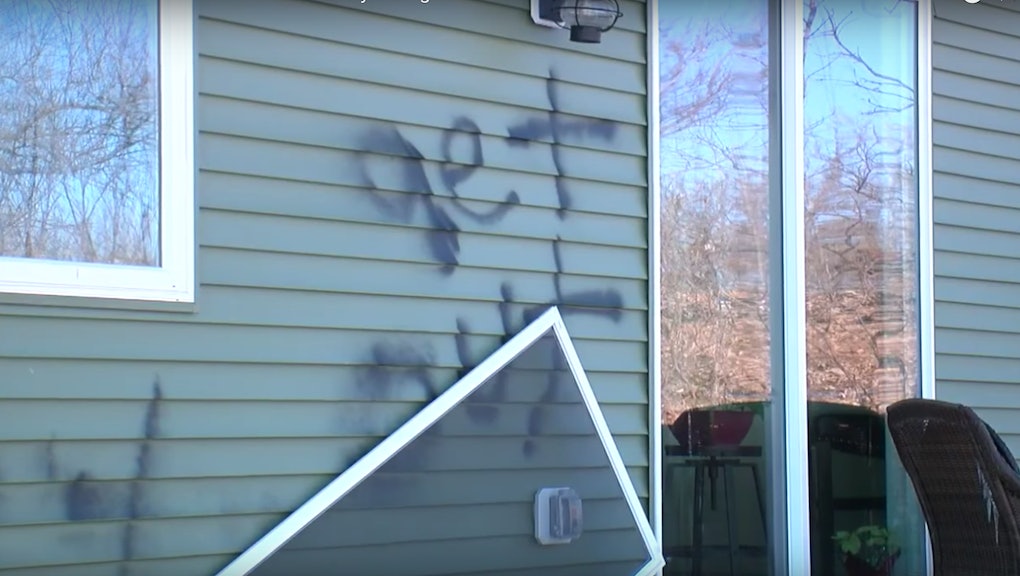 A family's dream home has become a nightmare.

Latanza Douglas, her husband and their three foster children found racial slurs, swastikas and graffiti both inside and outside their Delano, Minnesota, home, the Minneapolis Star-Tribune reports.

The vandals stole items, threw trash around and spray-painted over TVs and a couch. Along with threatening phrases like "get out," the family found a note: "Next time it's going to be fire."

The family will be moving out of Delano to a place where they can feel more accepted. Naresh Uppal, whose company, Advanced Home Inc., built the home, will buy it back from Douglas.

"They're having to move and basically start all over again," Uppal, acting as the family's spokesperson, told the Star-Tribune. "Which is very, very sad. They weren't even there for three months."

Uppal started a GoFundMe for the family, which has already reached its $25,000 goal in one day.

"These kids don't cause any trouble in school or anything like that," Uppal said. "The kids are shocked. It's unfortunate that this is the world we live in."

Uppal said the family will move into another house built by the company in a more diverse suburb.

Community rallied around the family. A local pizza place gave the family free dinner and the local Lions club donated an Xbox to the kids, the Star-Tribune said.

In a statement to the Star-Tribune, state Rep. Joe McDonald called the vandalism "despicable," saying it has "no place in our society, much less in our very own backyard."