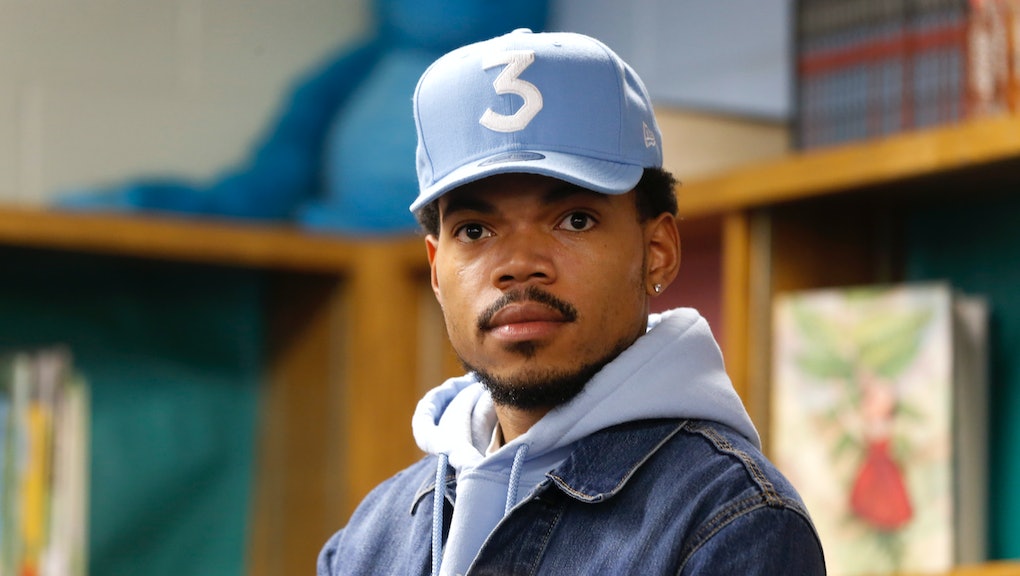 Every time Chance the Rapper claims he's an independent artist, a small subsection of users' eyes roll across the internet.

Almost every time he earns a splashy headline, the doubters emerge, pointing out the deal Chance the Rapper inked with Apple Music to distribute his now Grammy award-winning album Coloring Book isn't something a truly independent rapper would do. "Chance The Rapper is not really an independent artist guys," one Twitter user tweeted in February. "An Apple Music deal is better than a label deal."

Fact Magazine broke down the issue in May with an article headlined, "Why Chance The Rapper is not a truly independent artist."

"It shouldn't reflect negatively on Chance, but anyone with the backing of a company worth $700 billion — several times more than all the major labels combined — can't be considered independent," the magazine wrote, adding that they didn't know the specific of Chance's deal, but that it was likely in the ballpark of Drake's reported $19 million deal with Apple.

Friday, Chance came through to set the record straight. He broke down the numbers and restrictions behind the deal via Twitter to clarify that he's not under the tech company's thumb for those who have tried to "discredit" his independence.

He clarified that Apple Music gave him half a million dollars and a commercial for the permission to post Coloring Book exclusively on their streaming service. After two weeks, the rapper opened it up to the world, releasing it on SoundCloud, Spotify and other services.

"I feel like if I didn't clear it up people would keep trying to discredit all the work we did to make Coloring Book what it became," he added. The album became the first streaming exclusive to chart on the Billboard 200 and likely encouraged the Grammys to change their restrictions to include mixtapes and streaming-only albums for consideration. It later earned him three Grammys at the 2017 ceremony.

Chance's advice to artists comes days after the debut of his Complex profile, in which he detailed some of the major labels' attempts to sabotage his songwriting and claimed his "main goal" was to inspire other artist to take the independent track.

"I don't want to be the one guy it worked for," he said. "That's not my goal at all. I'm trying get other motherfuckers to just do it."

By clearing up these doubts about the extent of Apple Music's support for his career, he'll likely earn the attention of a slew of doubters who would have written him off before. Now that that's done, Chance can get back to saving the Chicago public school system and recording his next studio album, which he's reportedly looking to sell rather than sling for free.

Mic has ongoing coverage of Chance the Rapper's stellar career. Consider starting with the story of his rise from high school fuck-up to one of Chicago's artistic elite. Read up on his 2015 releases, including his Social Experiment single "Hiatus (Broadcast)" and Surf, as well as a review of his uplifting Coloring Book. Check out his march leading Chicago youths to the polls and his a recap of his Grammys victory lap.