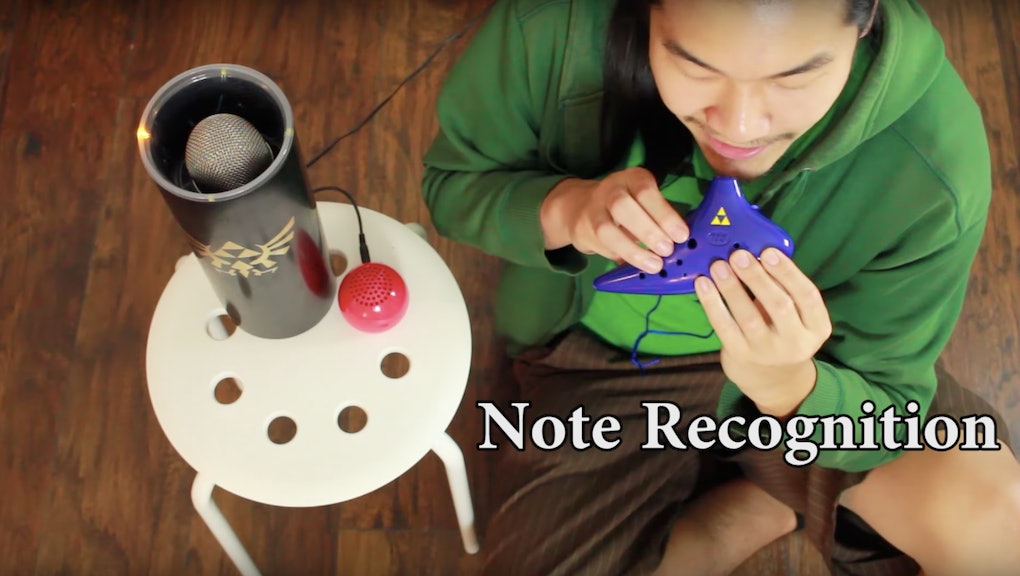 'Zelda: Breath of the Wild' fan uses an ocarina and Raspberry Pi to control his smart home

It's not often you hear Legend of Zelda and smart home in the same sentence, but that didn't stop Allen Pan, known on YouTube as Sufficiently Advanced, from cooking up an ocarina-controlled gadget to manage his own house. You might remember Pan from his Thor's hammer gag. Now he's back at it again with a new project seemingly inspired by Breath of the Wild. The results are pretty entertaining, though shouting at your Amazon Echo is a lot easier.

In the video above, we see Pan use his ocarina to control the heat, the humidifier and his front door lock. He is able to water his plants from across the room, call his own cell and even start up "Epona." The entire video is evidence that Pan is a modern day Hero of Time, and almost definitely better than you.

Pan shows his work at the 33-second mark in the video. His secret: the Raspberry Pi. With the mini-computer, a microphone and a bit of coding prowess, he's able to connect all his gadgets to the smart-home hub and control them with various Zelda melodies.

While the ocarina is the instrument to have in Ocarina of Time, the item of note in Breath of the Wild is the Sheikah Slate. Though to be fair, controlling your smart home with a tablet isn't nearly as impressive as doing it with a musical instrument.

Find out all there is to know about Zelda: Breath of the Wild, including how to preserve your items, how to beat bosses like the Stone Talus and Lynel, the best recipes for Link and how to take on the game's shrines. Check out a map of every single shrine in BotW and find out if we can expect amiibo to come to the game soon. You'll also want to find out where all the great fairies are in the game, how to use amiibo with your version of Zelda and what went into making Breath of the Wild.