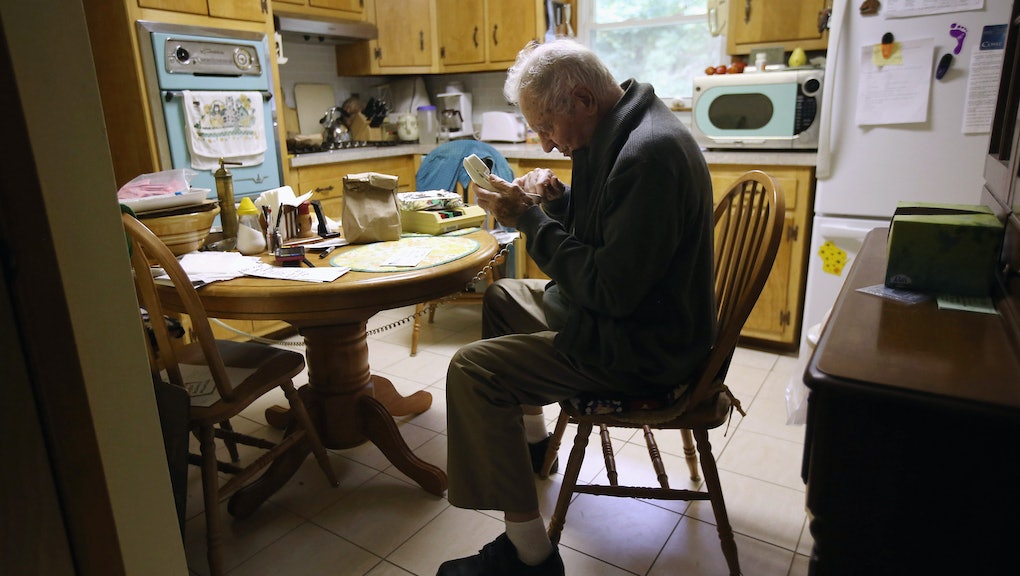 Don't come for Meals on Wheels if you don't have your facts straight.

But Meals on Wheels, which distributed 219.4 million meals in 2015, actually does show results — as Aaron E. Carroll, a professor of pediatrics and a health researcher, explained in a fiery Twitter thread Thursday.

Here are the scientifically proven results Carroll linked to on Thursday — and that Mulvaney seemed to completely overlook.

1. Meals on Wheels may reduce the risk of falls.

A 2016 study found that meals delivered daily may reduce the risk of falls among homebound adults. This is crucial because falling is the leading cause of both fatal and non-fatal injuries among older adults, according to the National Council on Aging. The statistics are frightening: Every 19 minutes, an older person dies as a result of a fall.

Reducing falls would likely save money. The NCOA reports the cost of injuries caused by falls in 2013 was $34 billion, and it's estimated to rise as the U.S. population ages.

The impact was greater the more meals they got. People who received daily meals were more likely to say the meal deliveries made them feel less lonely than the people who only got meals once a week.

A review of 54 articles from 1994 to 2013 found that nutrition interventions, like Meals on Wheels and other community services, improved nutrition in older adults.

According to the Mayo Clinic, malnutrition can lead to problems like muscle weakness, which, in turn, can cause potentially fatal falls.

The study concluded more research was needed, but said programs like Meals on Wheels could be key in helping an aging population stay independent.

5. Meals on Wheels may help people come home from the hospital.

A 2015 study that followed 121 people who had recently been discharged from the hospital found receiving Meals on Wheels deliveries had a "positive effect" on their transitions back home. The Meals on Wheels recipients returned to the hospital at lower rates than would otherwise be expected.

As Carroll pointed out in his Tweet thread on Thursday, all of the studies he linked to as proof of the many positive impacts of Meals on Wheels are from the past few years alone.

Maybe Mulvaney should dive into this research.