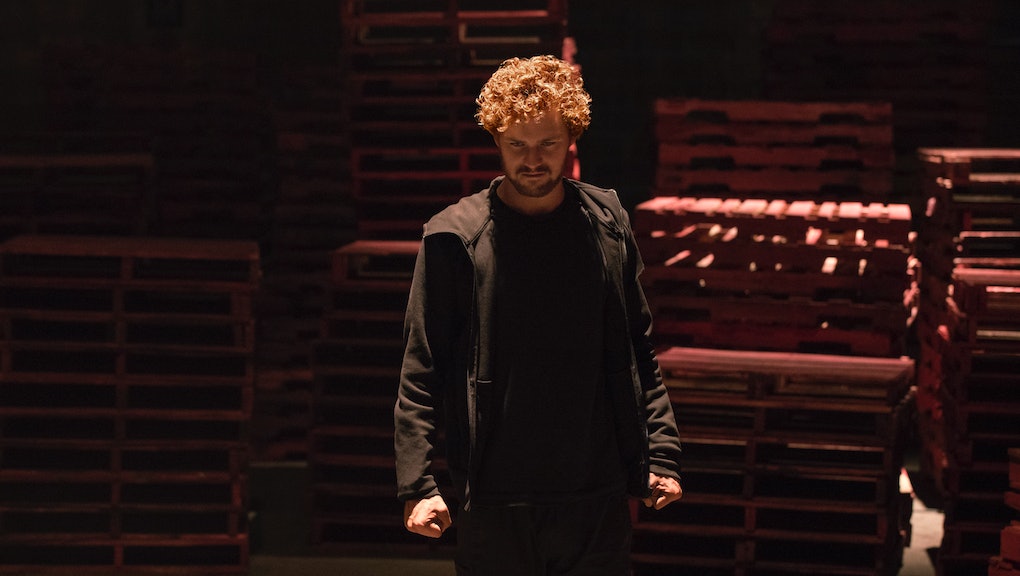 How does 'Iron Fist' end? Where the series leaves Danny Rand ahead of 'The Defenders'

With some negative reviews criticizing the show's basic storytelling and its whitewashed lead character, it would behoove Marvel's latest Netflix series Iron Fist to land on its feet with a solid ending. Keep in mind: critics were only given six episodes of the 13 total.

So, does Iron Fist improve itself with a strong finale?

(Editor's note: Spoilers for the finale of Iron Fist ahead).

Well, we can say this: It does have some surprises. Danny Rand, aka the titular Iron Fist, starts the finale off as a wanted fugitive by the DEA, thanks to Harold Meachum framing Madame Gao's drug operation on Danny and Colleen Wing. It's a somewhat surprising villainous turn considering Danny spent most of the season helping Harold escape the clutches of The Hand, but Harold's not exactly been himself since coming back to life a second time.

If anyone is familiar with the Iron Fist comics, then the next reveal shouldn't come as a shock. Turns out that Harold was the one who orchestrated the Rand family's plane crash in the Himalayan Mountains, the tragic event that ultimately leads Danny to K'un-Lun. It's obviously a huge moment in Danny's life; and his parents' death is something that still haunts him, 15 years later. Suffice it to say, once he finds out Harold was behind their deaths, he's pretty pissed off.

The ensuing fight between Harold and Danny leaves Harold impaled on the roof of Rand Enterprises, though Danny doesn't deliver the final blow, choosing to walk away (remember: The Hand made Harold virtually immortal, so he can actually come back from this). However, his son Ward shows up with Colleen, and when Harold tries to shoot Danny from behind, Danny blocks the bullet with his, um, iron fist, and Ward shoots him. Harold falls off the roof — he's gone.

All the DEA's charges are dropped against Danny and Colleen, once it's revealed that Harold orchestrated the entire setup. Danny decides to return to K'un-Lun to complete his training, and invites Colleen to join him.

Meanwhile, Joy Meachum — Ward's sister and Harold's daughter — conspires to kill Danny with Davos and Gao. Davos and Danny don't finish season one on the best terms; Davos is upset that Danny left his post at K'un-Lun (it also seems like he's a little jealous that Danny gained the legendary Iron Fist powers over him). Gao's reasons for wanting Danny killed are obvious, in that she's a villain and that's what villains do.

However, Joy's heel turn definitely comes as a surprise. She spent most of the first season on Danny's side, and they shared a tight bond in childhood before the Rands' plane crash. Her reasoning seems to come down to Harold's sudden death at the hands of Ward. She didn't get the full picture of her father's scheming — from her perspective, Harold was presumed dead for over a decade, suddenly returned, and unceremoniously died days later. She's wrong to point the blame at Danny, but considering how little she knows, it's perhaps understandable.

As for Danny and Colleen? Well, they make it to K'un-Lun and discover that the monastery's no longer there. At the entrance remains the bodies of a few men, and they aren't monks. Rather, they're members of The Hand.

Does this mean K'un-Lun was overtaken by The Hand? It's possible, considering it's the Iron Fist's duty to protect the entrance, and Danny was in New York the whole time. Alternatively, Danny has repeatedly said the entrance to the monastery is only open once every 15 years — maybe it just closed itself up while some confrontation occurred. Either way, it's not looking good for Danny, who objectively is a shitty Iron Fist.

This shouldn't be the last time we see The Hand, or Danny, in 2017. Netflix's next Marvel series, The Defenders, is coming out later this year. Danny's one of the four members — the others being Luke Cage, Daredevil and Jessica Jones — of the eponymous team of superheroes, and The Hand is presumably set up as the series antagonist. Not only have they been adversaries for both Iron Fist and Daredevil, but the marketing for The Defenders has also shown a literal hand. It can't get more on the nose than that.

Iron Fist season one is currently streaming on Netflix.