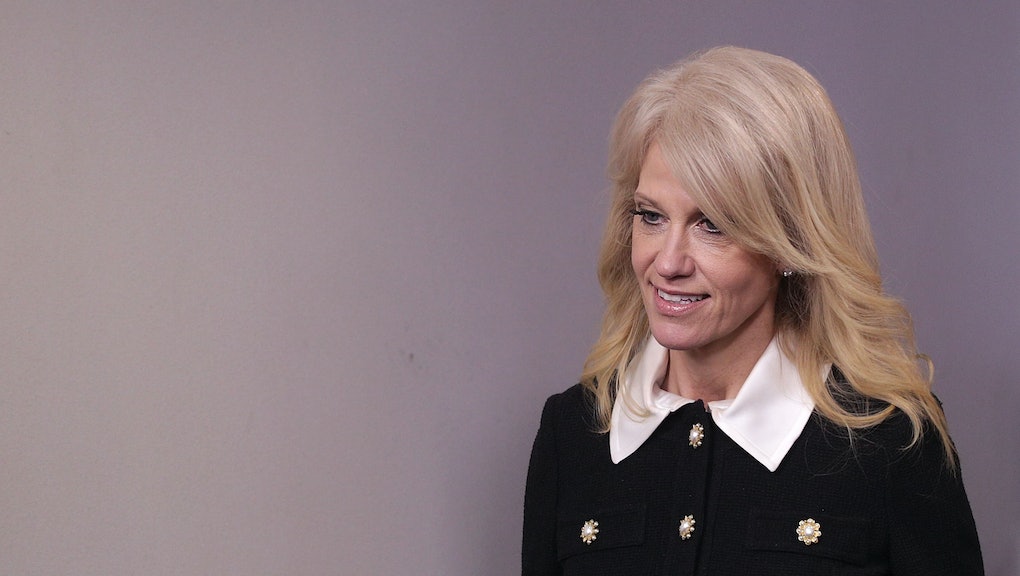 Kellyanne Conway, who has said time and time again that she's not a feminist, made a pretty solid case for abortion access in her cover story with New York magazine.

Conway told the magazine she doesn't judge women who have had abortions, and is even "sympathetic" to them, going on to recall times she stood by friends' decisions to terminate a pregnancy as a teenager.

"Do I know anybody who ever got an abortion?" Conway asked. "Well, of course I do. I've driven them there. I've helped pay."

But Conway said things had been different then: Being young, she remembered being focused on "the person, not the issue." A friend had needed her and she'd been there to help.

"We were younger, and I was focused on her, not on the larger public policy," Conway said.

If Conway listened more closely, she might find most pro-abortion rights advocates feel the same.

When Conway's opposition hears that the GOP plans to cut funding to Planned Parenthood and other abortion providers across the country, they think about the several thousand women who will have no choice but to go through with pregnancies they didn't intend. When anti-abortion laws eliminate all but one abortion clinic in an entire state, abortion rights supporters think of patients who will travel hours or cross state lines to receive the procedure they desperately need.

And when President Donald Trump says he'll do everything in his power to overturn Roe v. Wade, abortion rights activists don't think solely about "public policy" — they think first of the women who would die from botched procedures in the absence of safe and legal abortion.

Like a teenage Conway, most abortion rights advocates put people first — because they don't believe politicians should legislate reproductive choice to begin with.

Despite her better judgment, Conway said her goal is to make "us culturally — not politically — culturally more sensitive to the value of life," because she fundamentally opposes liberals' "anyone, anytime, anywhere" approach to abortion access.

But "anyone, anytime, anywhere" is exactly what allowed Conway the ability to help her friend. Maybe she could learn something from her younger self.