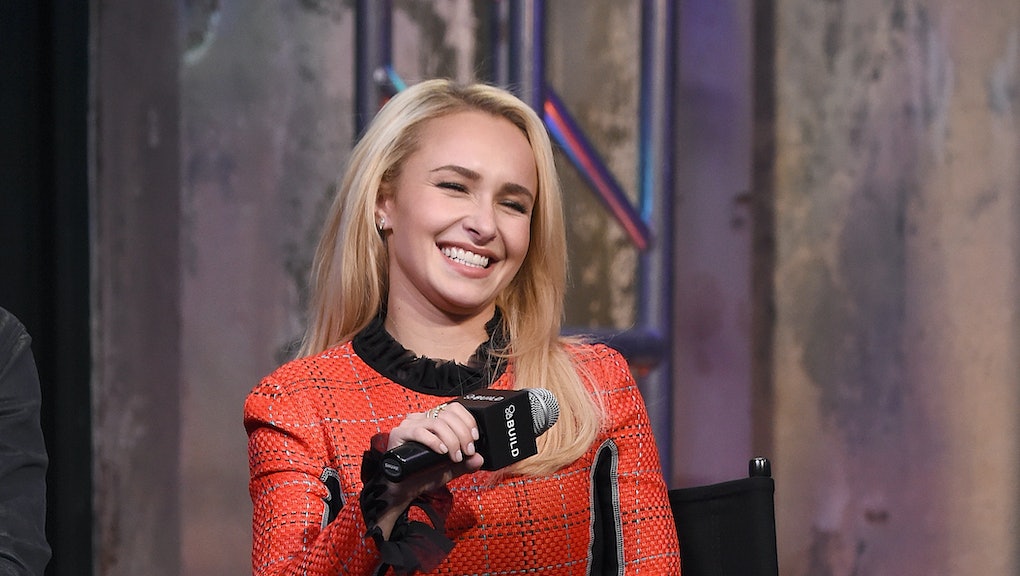 Hayden Panettiere has some pressing questions about chemtrails

Hayden Panettiere, the actress best known for her roles in Heroes and Nashville, is apparently very concerned about chemtrails.

In a Saturday afternoon tweet, Panettiere shared a photo of white trails in the sky with the caption: "What the heck r they spraying over us?! It's been happening for years but only this extreme for the past few months." She accompanied the caption with an emoji monkey with its hands over its mouth — a reference to the old maxim, "Speak no evil."

In a follow-up tweet, Panettiere said the picture "looks sketchy to me."

Some people, like Panettiere's fellow TV star Kylie Jenner, erroneously believe that contrails — clouds of harmless water droplets and ice that form behind jet engines as planes soar across the sky — are in fact "chemtrails," nefarious chemicals sprayed via airplane by the military or secret government programs.

As the Environmental Protection Agency has explained, this is not true. They really are just clouds.

As Popular Mechanics pointed out in 2016, "A survey published by the journal Environmental Research Letters polled some of the people who know the most about this area of aviation science: chemists who study contrails and geochemists focusing on atmospheric dust and pollution deposits."

The survey's findings? "Of those scientists, 76 of the 77 polled agreed that there was no secret government spraying program and that contrails are innocent clouds (though we do wonder what the 77th scientist has to say for himself)," Popular Mechanics reported.

It could be worse: Last year, rapper B.o.B. found himself under the impression the Earth is flat, earning himself a rebuke from noted scientist Neil deGrasse Tyson.