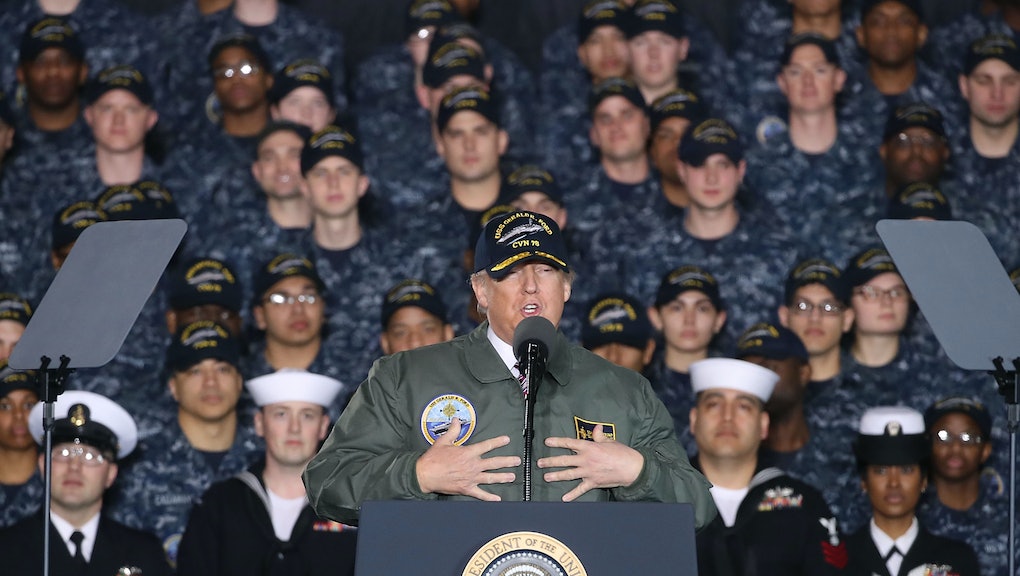 Does Germany owe money to NATO? Why Trump's tweet makes absolutely no sense

President Donald Trump rounded off a trip to Berlin to meet German chancellor Angela Merkel by once again resorting to his infamous Twitter account, accusing Germany of not paying its fair share toward the NATO military alliance.

"Despite what you have heard from the FAKE NEWS, I had a GREAT meeting with German Chancellor Angela Merkel," Trump tweeted in reference to articles showing the president enjoyed an icy reception in Berlin.

"Nevertheless, Germany owes vast sums of money to NATO & the United States must be paid more for the powerful, and very expensive, defense it provides to Germany!" he added.

As the New York Times noted, the U.S. does pay far more than Germany for the military forces available to NATO, a military alliance between the U.S. and European countries (mostly to defend against Russia).

But Trump is simply either mistaken or being willfully ignorant about the way NATO functions. Germany does not owe "vast sums of money to NATO" because that's not the way the organization works. NATO allies do not pay for some form of NATO military. The organization has only about a $2 billion budget, of which Germany pays 15% to the United States' 22%.

Instead, NATO countries agree to spend a certain amount of their own budgets on defense, which at least on paper is meant to ensure all countries are contributing a fair share to the alliance's cumulative military power. The U.S. pays about 3.6% of its GDP on the military. As the Washington Post pointed out, Germany spends far less (1.2%) — but it is well on track to meet its spending commitment of 2% by 2024, when it is required to by various agreements.

None of the money is ever "paid" to the United States in any form or fashion. The U.S. pays for its own forces to be deployed to foreign soil in Europe and elsewhere, and indeed, could pull them out at any time. That seems to be what Trump is threatening, though a threat usually comes with a demand that makes sense.