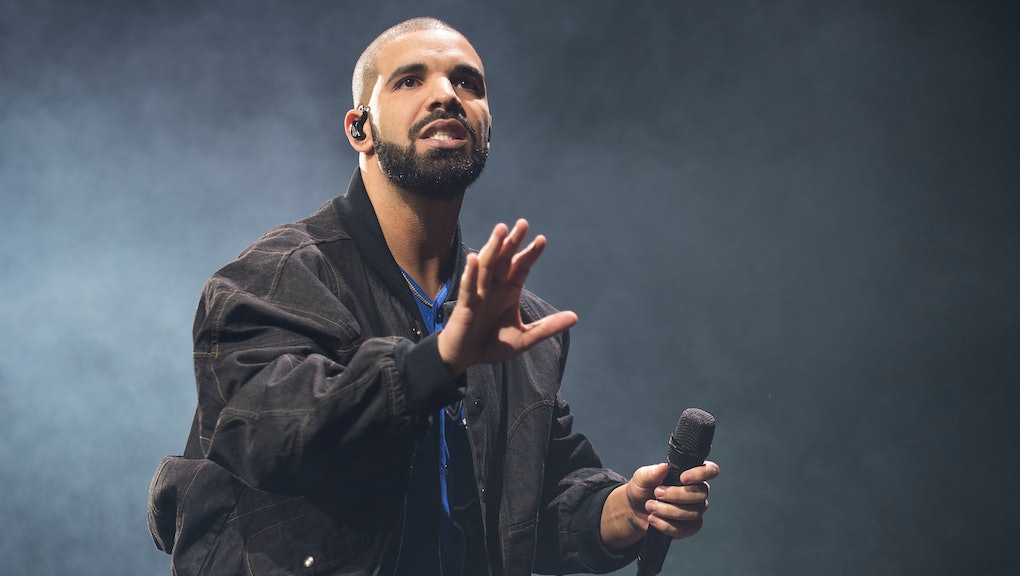 Drake's More Life, a playlist by October Firm, dropped on Saturday. The new collection from the Toronto rapper includes some of the hottest names in hip hop, like Skepta, 2 Chainz, Young Thug and PartyNextDoor. But all Twitter could talk about was Kanye West.

Yeezy is featured on the 18th track of More Life, "Glow," and it's pure fire.

Many Twitter users thought that "Glow" sounded a lot like old Kanye, the one West had previously appeared to eulogize on his track "I Love Kanye" off The Life of Pablo.