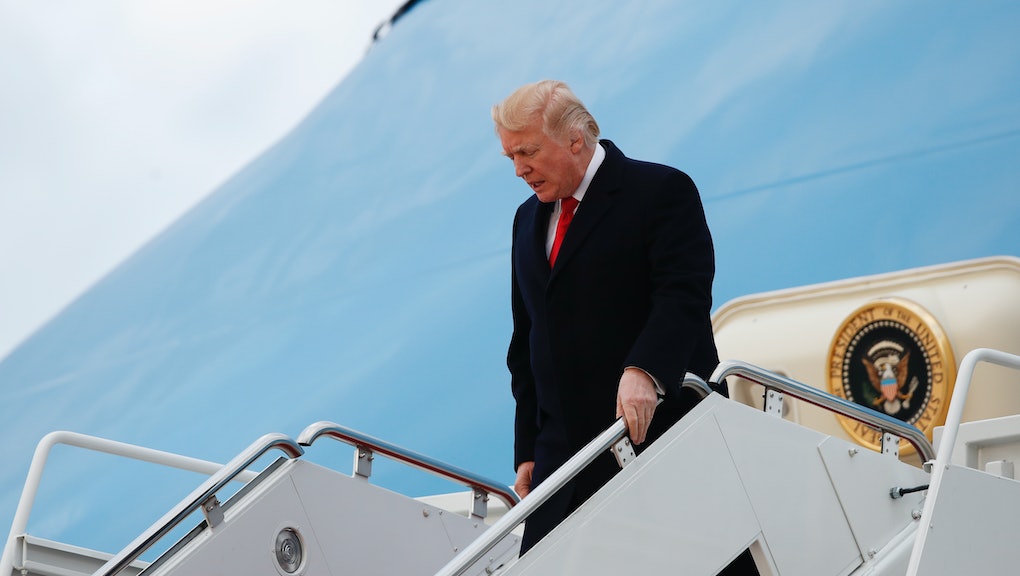 Trump's approval rating just hit its lowest point ever, according to a new Gallup poll

President Donald Trump has a ratings problem, and we're not talking about the New Celebrity Apprentice.

Just two months into his first term, only 37% of Americans approve of Trump's job performance, according to a Gallup poll released Sunday. His disapproval rating, meanwhile, hovers around 58%.

Gallup data is obtained through phone surveys of 1,500 Americans and has a margin of error of 3%.

The low approval numbers come amid a series of stumbles for the Trump administration, including the rollout of the widely panned GOP bill to replace the Affordable Care Act, a Hawaiian judge blocking Trump's second attempt on a travel ban and repeatedly failed attempts to substantiate the president's claims that the Obama administration wiretapped Trump Tower.

If only there were a popular catchphrase in our cultural milieu associated with poor job performance...