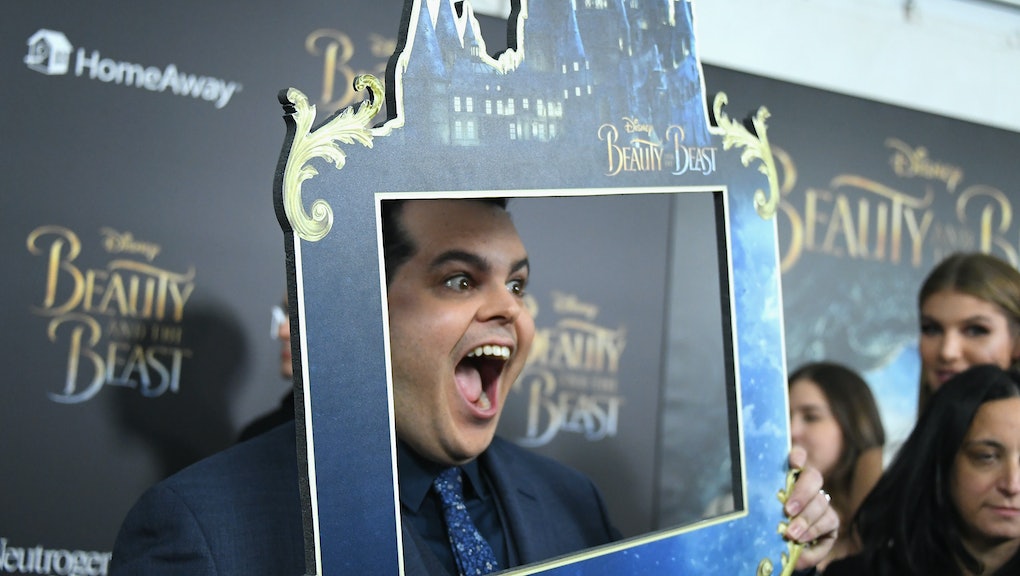 Beauty and the Beast is an unqualified, runaway success. It made $350 million across the globe this weekend, $170 million of that in the United States alone. That draw helps it beat Batman v Superman: Dawn of Justice as the biggest March opening for a movie ever. That, coupled with a decent-if-unspectacular 70% Rotten Tomatoes score, means Beauty and the Beast is, pardon the pun, the belle of the ball.

Put all that aside for a moment. On the film itself: That brouhaha about LeFou being Disney's first out queer character feels overblown in retrospect, right?

[Editor's note: Spoilers for Beauty and the Beast, a remake of a movie that first hit theaters in 1991, are below.]

Before the film even premiered, Vulture published a breakdown of exactly what was involved in the "exclusively gay moment" that director Bill Condon hyped up in an Attitude magazine interview. In short, writer Jackson McHenry noted, the "moment" with LeFou — played by Josh Gad — wasn't much more than that:

As the characters get together for a big celebration at the end of the film, the real "exclusively gay moment" arrives. During a group dance, LeFou starts off dancing with a woman, and then strikes up with the dress-loving henchman. It's certainly a moment, because it lasts for two seconds at the most.

By his own admission, Condon overhyped the scene. He told ScreenCrush's Erin Whitney that the whole thing was "overblown."

Oh God. Can I just tell you? It's all been overblown. Because it's just this, it's part of just what we had fun with. You saw the movie, yeah? You know what I mean. I feel like the kind of thing has been, I wish it were — I love the way it plays pure when people don't know and it comes as a nice surprise.

(Of course, if Condon wanted it to be a surprise, one might question the wisdom of leaking news of it ahead of time in an interview with a major LGBTQ magazine, but we digress.)

In fairness, Beauty and the Beast could have made every single character besides Belle and the Beast queer and it still would have riled up fans. That's the danger of writing LGBTQ characters in 2017: Stories about gay, lesbian, bisexual, transgender and queer people are held to incredibly (if not unfairly) high standards. Truthfully, the "moment" is what it is, and it will likely be forgotten to history soon enough.

But before we turn the page and focus on one of the approximately two zillion remakes Disney has in the pipeline, it's worth questioning why this happened at all a bit more. What was the upside for Disney or Condon here? Was the director just excited about a flourish he decided to add — which, for all its briefness, is still pretty historic for Disney — and let it slip?

Or, and this is purely speculation: Was this a purposeful news release, one that gave Disney a chance to make a statement against prejudice by standing up to markets like Malaysia and refusing to edit the "exclusively gay moment" out? Whether it was intentional or not, it turned into a major PR win for Disney — one that will remain in memory far longer than two seconds of LeFou dancing.

Whatever the reason, it's safe to say in retrospect that this "moment" was merely that: a moment. We'll save any further breath for when Disney finally gives LGBTQ fans true representation on-screen.