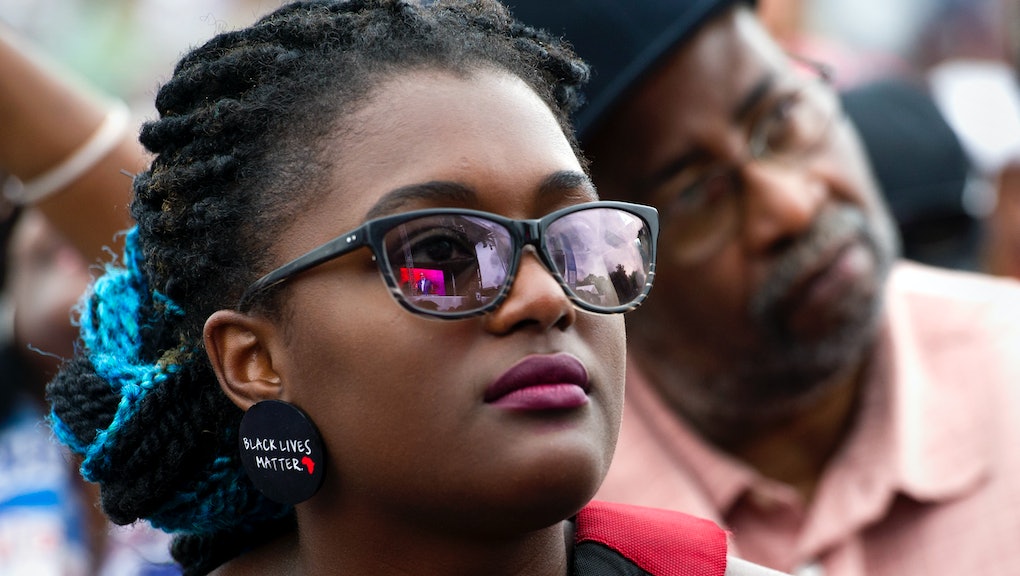 Black millennials more optimistic about the future than their peers, study shows

Even as white supremacists are ramping up recruiting on college campuses and a U.S. congressman appears to be openly advocating for white nationalism, young black Americans are feeling optimistic about the future — even more optimistic than their white, Asian and Hispanic peers, according to a survey released Monday.

The study, conducted by the University of Texas at Austin and Richards/Lerma, an advertising agency that works with brands to reach the U.S. Hispanic market, examined millennials and their relationship with the "American dream."

The results of the study, which surveyed 1,000 millennial respondents between the ages of 18 to 34, challenged the preconceptions that the researchers had going into the study, as they said in the report.

"We don't need a source to tell you that race relations in America are suffering," the researchers wrote. "Expecting to uncover at least hints of despair, apathy and hopelessness in black millennials, we found the opposite. They are the most optimistic segment."

But, while black millennials are more optimistic than their peers about the future, things are different when it comes to the present. Black millennials were the least likely to say there were living the American dream, although the majority said they believed they could. And 83% of black millennials said they were proud to be an American.

But they were also the most likely group to agree or strongly agree with the statement "race has made it more difficult for me to achieve the American dream."

So what's driving a sense of optimism among young black Americans? According to the researchers, the data showed evidence that activist movements like Black Lives Matter could contribute to a sense of national pride.

For black millennials, "their recognition of race issues and obstacles in America drives them to both activism and hard work," Richards/Lerma spokesperson Chaille Alcorn told Mic in an email on Monday. "In return, their activism and hard work fuels their optimism for the future and stirs their affection for their country."

Something else that could potentially have impacted the results of the survey? It's based on information gathered in April 2016, more than six months before President Donald Trump's Election Day victory. So would the self-reported optimism of millennials be different if it were measured today?

Alcorn said the researchers don't think so. "We believe that, although the study was conducted before President Trump secured the Republican nomination and pre-inauguration, the effects of his rhetoric and momentum on the American psyche were already well underway," Alcorn said.

"Our suspicion is that while specific data percentages may shift higher or lower if we replicated the study today, we would still uncover the same key differences between the ethnic and racial segments. In other words, we still think black millennials would be the most optimistic."