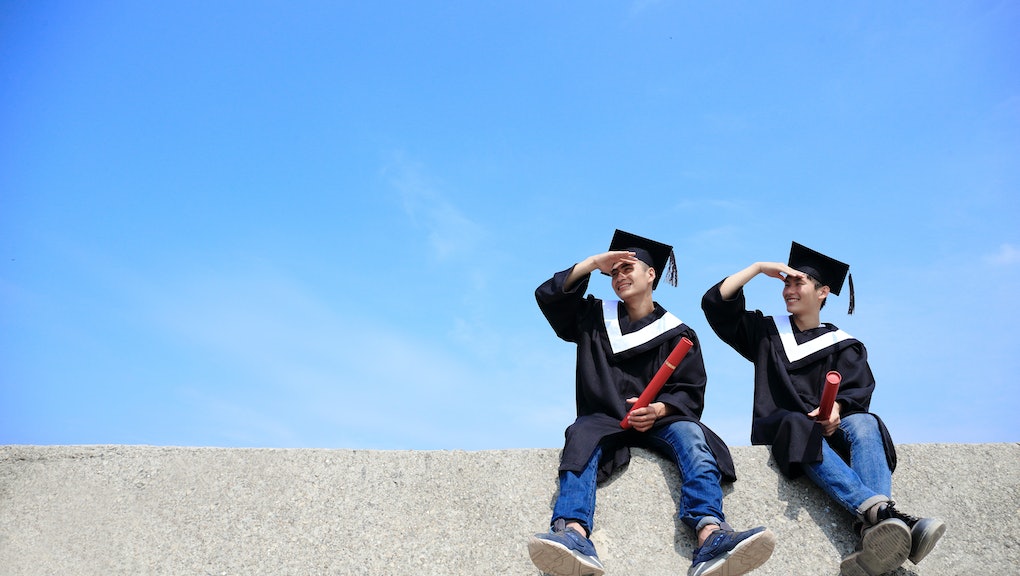 Need more financial aid from your dream college? Here are 3 ways to get additional money.

Be patient with any high-school seniors in your life. Between the middle of March and April 1 is typically when most are notified whether they got into college — and how much financial aid they've been offered, if any. In other words, it can be a stressful time.

But the rising cost of higher education is just one possible explanation for the explosion in student debt. Some research suggests students are actually leaving free money on the table by not closing the loop on certain forms. NerdWallet estimated that 2014's high-school grads missed out on $2.7 billion in grant money by not completing the Free Application for Federal Student Aid, better known as the FAFSA.

Unless you're lucky enough to gain admission into a rare program with free tuition, going to college will set you back a pretty penny: According to the College Board, average out-of-state tuition and fees at public schools totaled $35,370 for the 2016-2017 school year. Private schools cost even more.

"The average amount of money left on the table per eligible high school graduate who didn't apply was $1,861," NerdWallet's Victoria Simons and Anna Helhoski wrote. In some states, the amount was even higher.

In fact, neglecting forms isn't the only way you're leaving money on the table, said Kelly Peeler, founder of NextGenVest, a startup that helps seniors navigate the financial path to college. According to Peeler, when a college sends an offer letter, they might have more financial aid to give than they're letting on.

"Very few people know that you can do this, including college counselors," Peeler said. "But we've had great success with it and it really falls into three categories [of] what makes a successful negotiation."

Here are the three major ways you can make your case — and how to do it.

1. Show that your financial situation has changed.

The easiest way to negotiate more financial aid for college, Peeler said, is by making the case that your financial situation has shifted since you filled out initial paperwork.

"The FAFSA is based on your tax returns. It's just a moment in time, but shit happens during the year," Peeler said. "Say your parents had medical bills because there was an accident, or your mom who is the breadwinner lost her job. That would dramatically change the income, which would affect your financial aid package."

If that's the case for you, the first thing to do is update your forms. Then, write an appeal letter — typically less than a page, addressed to the college's financial aid office — outlining how your financial situation has changed.

Since awards are typically based not on how much money your family makes, but how much they can feasibly spend, you could be entitled to more aid.

2. Play to a college's competitive streak.

If you're in the same financial shape as you were when you applied to college, you still might be able to get more money, Peeler said — particularly if your school of choice really wants you to attend. Since colleges often see regional schools as their main competition, Peeler explained, you can write to the college and tell them you've got other options in the area.

"If you got into Boston University, Boston College and Northeastern, but Northeastern gave you more money," Peeler said, "you should go back to [the other two] and say you'd rather go there but that you got more money elsewhere."

Students are working in a bit of an ethical gray area here, Peeler said, since there's only so much scholarship money to go around. But if you can say in good faith that you'd go to a school if you received more financial aid, this is a trigger you should pull.

"If you were treating your college education like a consumer, you should think about negotiating just like you would a house," she said. "This is just like buying your first house; in some places, going to school can cost even more."

3. Circle back for leftovers.

A final tactic you can try is following up with a school once they have a better idea of who's actually coming. The best time to do this, Peeler said, is right after the deposit's due.

"When a university gets all of their deposits for their first tuition payments, they have a better idea of who is actually attending," she said. "Sometimes the enrollment numbers are lower than they expected."

There's a few reasons why this could happen. Maybe the college offered someone a full scholarship who decided to go elsewhere, or maybe they overestimated how popular they'd be with the current batch of high-school seniors. There's no guarantee, but there might be some extra financial-aid dollars lying around. If you don't ask, you don't get.

Overall, Peeler hopes to encourage more students to think of college as a consumer product, as if you were buying a "burrito or clothes or a house." In addition to making sure your degree will offer a return on your investment, that means viewing your offer letter as a starting point to the negotiations.

If you can't get more aid, all might not be lost. You might be able to lower the number of credits you need by taking summer courses at a local community college, where the cost of tuition is likely to be cheaper. If you're still worried about paying for college, you might also consider deferring and taking a gap year, which would allow you to work and save more money for tuition.

Lastly, remember that some kinds of federal student loans start accruing interest as soon as you take them out, while others wait until you graduate. Putting earnings from a campus job toward those interest payments will give you a head start on paying off your loans once you graduate.