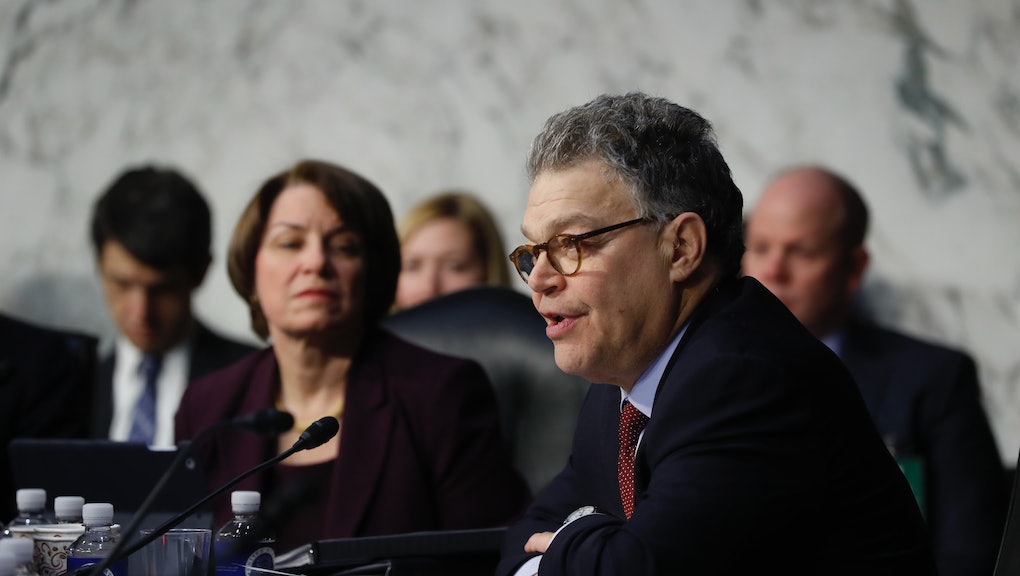 The "extraordinary blockade" of Garland is "one of the greatest stains in the 200-year history of this committee," Sen. Patrick Leahy said Monday.

Obama nominated Garland to the court in March 2016, praising him as one of "America's sharpest legal minds." Republicans declined to hold a confirmation hearing for Garland, and President Donald Trump nominated Gorsuch — a judicial originalist — after assuming the presidency in January.

"I just want to say that I'm deeply disappointed that it's under these circumstances we begin our hearings," Sen. Dianne Feinstein said.

Throughout the opening day of the hearing, Democrats attempted to draw a distinction between what Sen. Al Franken described as the Republicans' "unprecedented obstructionism" and the fair consideration they vowed to give Gorsuch.

"Despite all this, you are entitled to be judged on merits," Sen. Dick Durbin said.

But Democrats were highly critical of Gorsuch, expressing concerns about his "originalist" interpretation of the Constitution and his ability to serve as an independent check on the Trump administration, which has attacked the judiciary.

"Your nomination is part of a Republican strategy to capture the judicial branch of our government," Durbin told Gorsuch during his remarks.

Republicans have used their remarks to praise Gorsuch as a "judge's judge" who would not "make the law" but "apply it."

Hearings will continue this week, and the confirmation vote is expected to be held April 3.