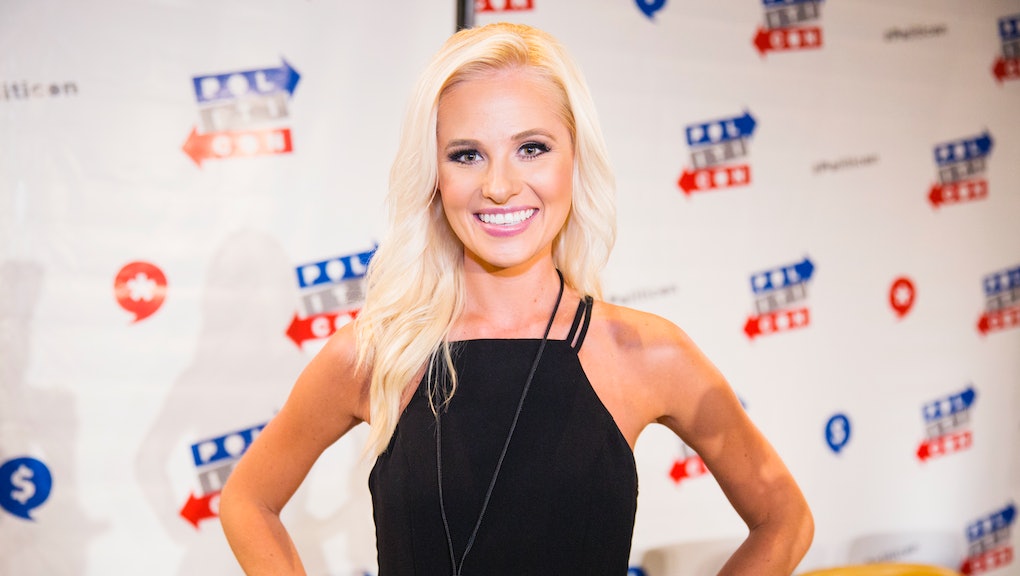 Life comes at you fast.

Conservative commentator Tomi Lahren has had her show suspended from TheBlaze for "at least a week," according to the Daily Caller. The suspension arrives on the heels of Lahren's appearance Friday on The View, during which time she announced she was pro-choice, inciting outrage from her fan base.

"I can sit ... as a Republican, and I can say that 'You know what, I'm for limited government, so stay out of my guns and you can stay out of my body as well,'" Lahren said on Friday.

She went on to call conservatives who advocate for smaller government but insist on legislating reproductive choices "hypocrites."

According to the Daily Caller, the comments weren't the first time Lahren had butt heads with her colleagues at TheBlaze

"Tensions were high between Lahren and her co-workers at TheBlaze even before she called pro-life conservatives hypocrites in an appearance on The View on Friday," the outlet wrote.

Indeed, the Daily Caller reported Friday its staff had received word of Lahren's possible departure from TheBlaze, due in September. Its latest report on the her suspension maintains she'll leave outlet "by September at the latest."

Lahren seemed to allude to the tense situation at her workplace on Monday with a tweet that read "this too shall pass."

If or when she does leave TheBlaze, however, it seems unlikely Lahren will regret or retract her pro-choice statements.

"I speak my truth," Lahren tweeted Friday. "If you don't like it, tough. I will always be honest and stand in my truth."