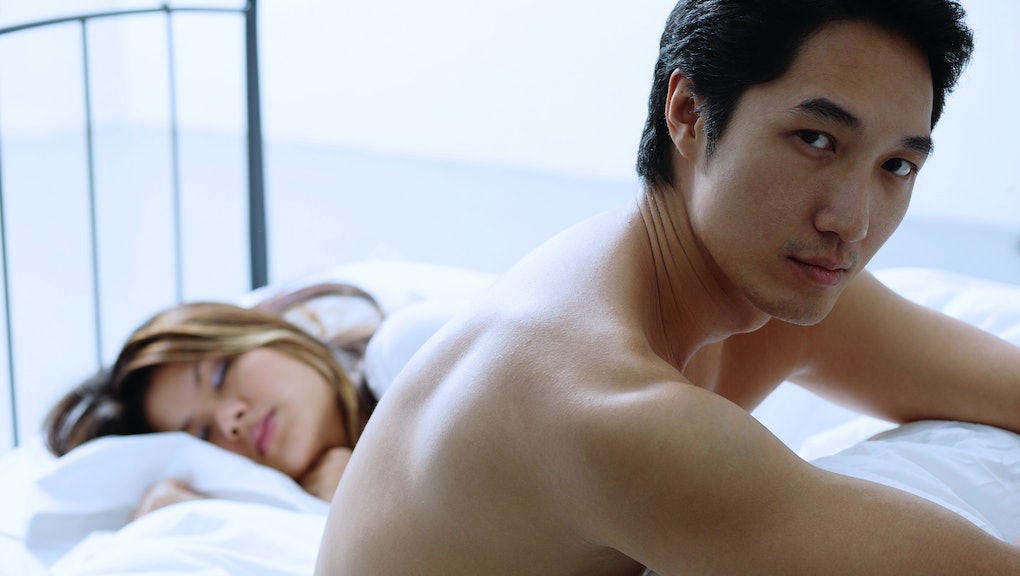 Study suggests men are making women's orgasms all about themselves

Women maybe thought their orgasms were something specifically for them, but research has suggested that's not necessarily the case.

According to a recent study, many men interpret a woman's orgasm as personal validation, more of a "masculinity achievement" than a mutually pleasurable exchange.

"Men feel manlier when the woman they are having sex with has an orgasm," PsyPost wrote.

Who among us is surprised?

The women who authored the study, Sari M. van Anders and Sara B. Chadwick, posited that the media has wedged the female orgasm into the popular conception of healthy and "good" heterosexual sex. And while those orgasms might "ostensibly" be "for women," men are taking a more self-centered view of things.

To test their hypothesis, van Anders and Chadwick enlisted 810 men who were sexually attracted to women. Those men filled out a series of questionnaires that scored their attitudes toward stereotypical gender roles, their "investment in a partner's sexual pleasure" and how comfortable they felt in their masculinity.

Participants then read one of four short stories, assigned at random, describing sex "with an attractive female partner that they like very much with whom they have had sex three times already." This so-called Imagined Orgasm Exercise had one of four possible outcomes:

Unsurprising conclusion: Men felt more masculine when they made women come, especially if they were already insecure about their manliness.

PsyPost asked van Anders and Chadwick what readers should take away from their study. "Men who have sex with women clearly have a stake in women's orgasms," the authors said. "But some of the ways that heterosexuality are playing out seem to be that, for some men, their interest in women's orgasms is not really about women's pleasure. Instead, for these men, women's orgasm is actually about the men feeling good about their masculinity."

Van Anders and Chadwick went on to suggest that venerating the female orgasm is just another sneaky way the patriarchy winds its tentacles around women's liberation. That male feelings are tied up in their prospective female partner's sexual pleasure is, according to the authors, just another reason why "heteronormative masculinity" is bad for everyone.