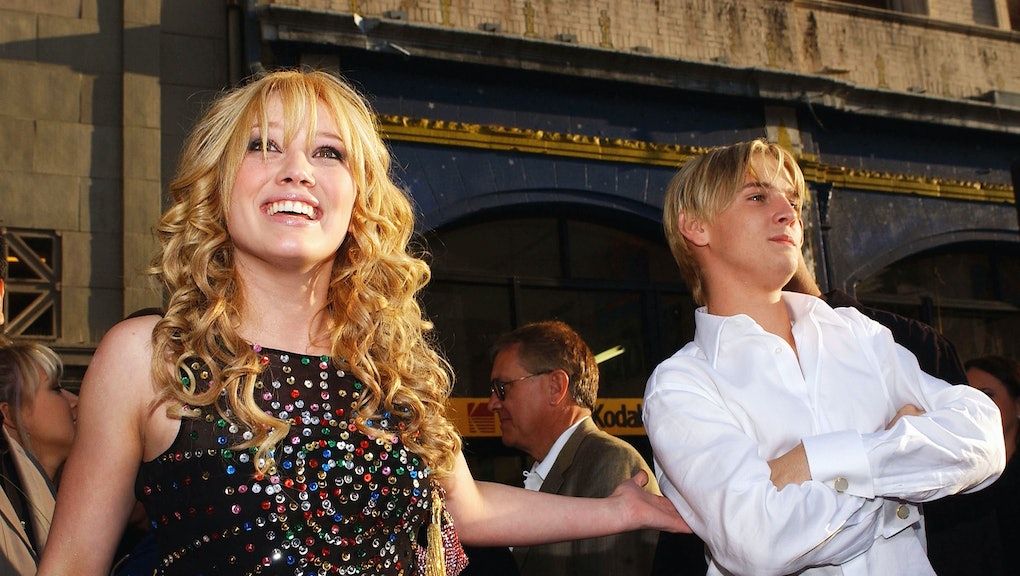 2000s nostalgia is replacing the '90s in fashion

Trendcasters are always talking about certain looks being fashion forward, but anyone who truly pays attention knows that fashion is really all about looking backward. Designers love to pull from decades gone by, recycling trends or pulling looks directly from another time, whether they’re sampling poodle skirts, corsets, bellbottoms, acid wash or pantaloons. The fact that fashion, which is always about what's new and hot, is so obsessed with recreating yesterday's looks, is a special sort of irony.

For the past few years, fashion has been ruled by a fast-moving wave of '90s nostalgia: tattoo choker necklaces, glamor grunge, normcore sportswear, and platform shoes can be seen everywhere from major fashion runways to your teenage niece’s favorite CW show.

But fashion moves quickly, as does our cultural need to revisit the past, no matter how recent. Fashion is vicious for the way it doesn't even give us time to miss something before it's back on the runway or in the pages of our favorite magazines. The most fashion forward among us are moving on to the early 2000s as a means for sartorial inspiration. The zeros, a time remembered mostly for Uggs and reality TV, are quickly becoming the style inspiration for fashion bloggers and club kids alike.

“We grew up in this 90s haze, but the aughts were so undefined,” model and fashion blogger Apneet Kaur said in an interview. The zeros were a cultural wasteland, “no real music, no boundaries, the internet was still new. You could do whatever the fuck you wanted!” Now, thanks to the randomness of meme culture, that “whatever goes” approach to fashion is in vogue once more.

Boho chic was all the rage in the early aughts, but in a much more skin-baring direction than when it had last emerged in the free-loving 60s. Every time you turned on The OC, Mischa Barton was wearing a peasant top that barely covered her nipples.

If you were in middle school in the early 2000s, you probably owned a puka or cowry shell necklace, and if you were a boy you probably got teased for being gay because of it. This pre-Fire Island look is a sure sign that you shop at Claire’s.

Have you ever watched an episode of Lizzie McGuire? If you haven’t, please stop reading this immediately and fully immerse yourself in Hilary Duff’s best work to date.

According to the Disney Channel circa 2001, teens were rabidly bedazzling everything they owned, from jewelry to denim to hair accessories. These days, you can step into any hot gay club in New York and find some glamorous club kid covered, sometimes literally, in knock-off diamonds. They’re already filtering down into chokers at H&M, so any day we’ll be seeing them on T-shirts spelling out “PRINCESS” once again.

For some reason, stylish women in the zeros couldn't make the choice between wearing a dress or a pair of jeans and decided they needed to wear both in one outfit.

Buffy Summers was really into this circa season seven of Buffy the Vampire Slayer, and according to research recently conducted at a Forever 21 in Florida — by which I mean that yesterday I went to the mall in Boca Raton — this look is back with a vengeance (demon).

“I've been rocking capris so hard,” fashion blogger Apneet Kaur said. “Culottes really transitioned into Capri cuts. Who has had bare ankles all winter? This girl!”

Everything worn in Coyote Ugly

Deliberately shredded concert tees, cowboy boots, shredded denim: they were right when Tyra Banks wore them in her most iconic film role that wasn’t Life Size and they are right again. Now we just need a Piper Perabo comeback.