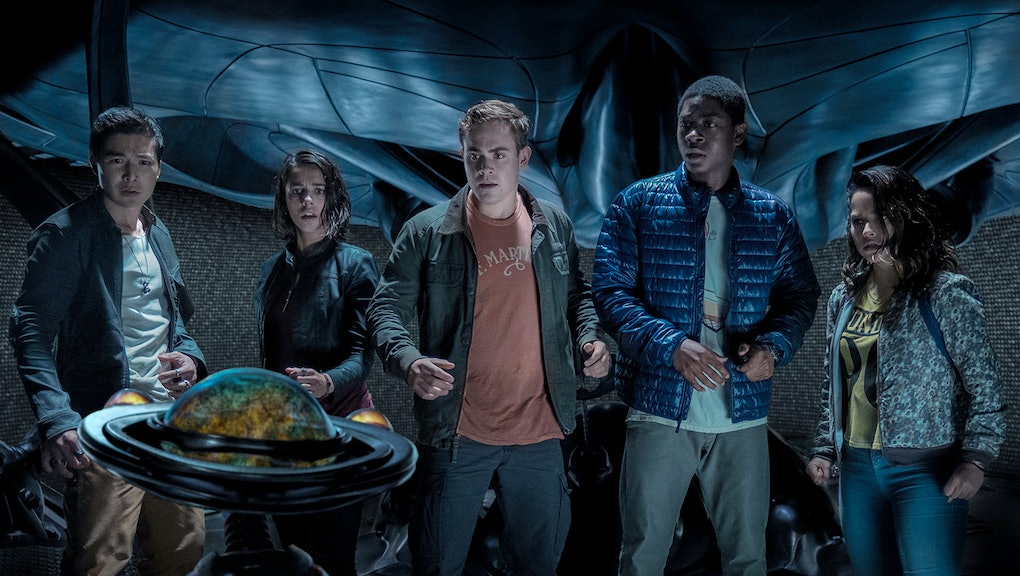 It's not exactly a twist on the level of an M. Night Shyamalan film or a gruesome Game of Thrones death, but the Power Rangers live-action series from the '90s did throw a curveball when they unveiled a sixth ranger, the Green Ranger, during its first season. The Green Ranger — originally Tommy Oliver — didn't start off as a beloved member of the team. Instead, he was a memorable antagonist working with Rita Repulsa to try and take down the other Rangers.

While the new Power Rangers movie does feature Rita Repulsa as its main villain, a new Green Ranger isn't part of the reboot — at least, not yet. However, Lionsgate is clearly gearing up for a Power Rangers franchise, which would ostensibly put the Green Ranger in conversation for future installments.

With that in mind, who would be the ideal Green Ranger to join the new team? In an interview with Mic, Power Rangers actors RJ Cyler, Becky G. and Dacre Montgomery talked about their dream picks for the Green Ranger. There was a near-consensus for pop star Rihanna as a female Green Ranger.

"Yeah, I think it should be a girl," Becky G. enthusiastically pitched. "Rihanna!"

"I would pick — like if it was a girl it would be Rihanna or Zendaya, right?" Cyler said. "But if it was, like, a dude, I would want Idris Elba. Yeah Idris Elba would be, you know he'd be sick, man."

OK, so we need to unpack this. Elba is a versatile actor, but even he'd feel challenged as a Power Ranger who happens to be twice as old as his peers — it might be a tough sell. Though, as Cyler notes, Elba hasn't really been used to his full potential in his Marvel Cinematic Universe role as Heimdall.

"I thought he was gonna really be heavy in Thor when it came to the action, which is what I was praying for, but you know they teased us a little bit," he added. "Just saying — hey Marvel, give [Heimdall] his own movie. It'll be cool."

While Montgomery offered a diplomatic response by not naming a specific actor to play the Green Ranger, he was enticed by the thought of Power Rangers crossing over with DC's cinematic universe.

"I have too many favorite actors, and it would be just, I think, whatever is going to be thrown in there is going to create so much drama," Montgomery said. "The other day I saw something online — and I've spoken about this in another interview — and it was like the Power Rangers coming towards the DC cast and somebody was speculating [a crossover]. I got no problems fighting Gal Gadot, so, I'll leave it at that."

Power Rangers arrives in theaters Friday. You can check out Mic's exclusive Facebook Live interview with Becky G., Cyler and Montgomery below.