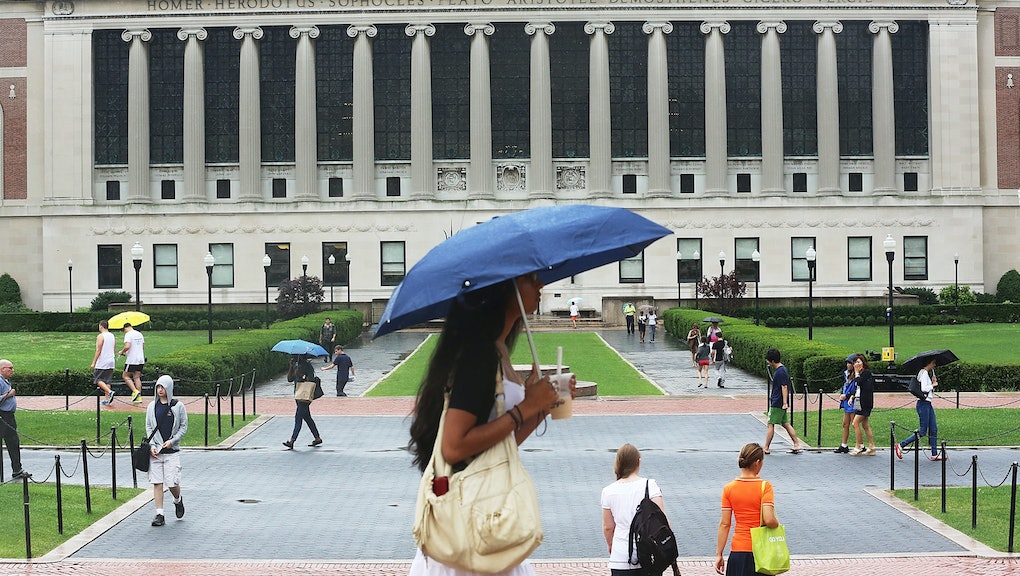 Renewed controversy around Columbia University's mishandling of campus rape reports has led to a lawsuit, according to a Buzzfeed report.

Sophomore Amelia Roskin-Frazee contends that she was raped twice in her dorm room during her freshman year, separate incidents she believes were committed by the same man. She is now suing the school for violating Title IX, the 1972 educational amendment intended to prevent sex discrimination in education. Roskin-Frazee maintains Columbia exhibited extreme reticence to act on the assaults once she reported them, and for bungling its investigation once it finally agreed to look into the matter.

"To be blunt, I'm suing Columbia because I'm angry," she told Buzzfeed.

Buzzfeed reported that, when Roskin-Frazee woke up on Oct. 5, 2015, a man was holding her down, pressing her face into a pillow while he raped her. The second time, on the night of Dec. 14, 2015, she said a man came up behind her as she opened her dorm room door and pushed her inside, tying her up with her underwear and phone charger and gagging her with her own shorts.

According to Buzzfeed, the intruder "allegedly penetrated Roskin-Frazee with a hairbrush, a pair of scissors, and a razor, the complaint states, while allegedly whispering in her ear, 'Still a dyke?'"

After the second attack, Roskin-Frazee brought the matter to the school. She never saw the attacker's face but thought both incidents were the work of the same man. She was reportedly told that, because she didn't know who her attacker was, Columbia couldn't pursue the matter. Eventually they agreed to open an investigation in September 2016, but closed it a few weeks later, apparently without doing much in the way of investigative work.

There are currently four Title IX investigations open at Columbia. As Buzzfeed reported, the school was thrust to the forefront of the campus sexual assault controversy in 2014, when 23 students filed federal complaints alleging that Columbia mishandled sexual misconduct. Emma Sulkowicz, who graduated Columbia in 2015, drew widespread attention to the problem with her performance art thesis, "Carry That Weight." She committed to hauling a mattress around campus with her until the student she said raped her was either expelled or left.

In an an emailed statement to Mic, Columbia's Associate Vice President of Media Relations, Robert Hornsby, said that the school had a no-comment policy on "pending litigation." However, he stressed that the university feels "deep concern" about campus sexual assault allegations, and highlighted the ways in which it has beefed up its prevention and response programs. According to Roskin-Frazee, what they've done hasn't been enough.