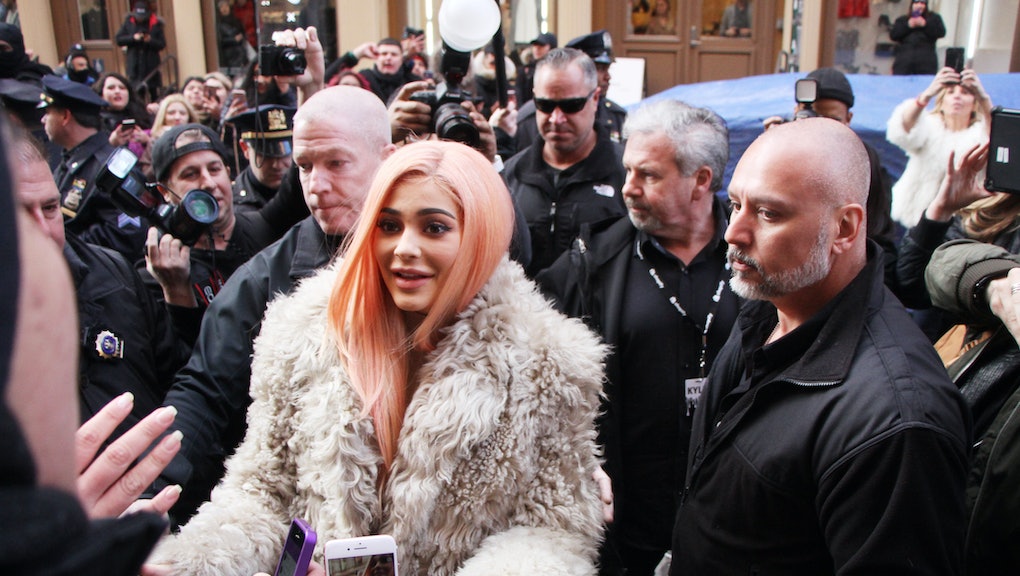 It was just yesterday that Kylie Jenner announced that she'd be launching her own line of blushes to join her Kylie Cosmetics empire.

"I'm obsessed with blush and it's a dream that I can finally have MY OWN!" she wrote on Instagram.

But of course there's already a controversy.

It's not that the shades are in any way bizarre or off-putting; they look just like your standard pretty array of blushes, going from coral to deep red.

One shade, the light pink one, is named "Barely Legal." The middle shade, a dark pink, is named "Virginity." While plenty of makeup companies use sexy names for its products, like Nars' blushes called "Orgasm" and "Deep Throat," these two names cross a line.

As users on Twitter pointed out, by naming something of hers "Barely Legal" and "Virginity," Jenner may very well be trying to recall her own romance with her current boyfriend Tyga, whom she started being seen with when she was just 16 years old.

She's also simultaneously, and rather subliminally, according to fans, sexualizing young women while also glorifying the idea of being barely legal and being a virgin.

Makeup companies have been accused of inappropriately sexualizing underage women with their product names before. Kat Von D had a lipstick that was named "Underage Red," and Jeffree Starr also used the name "Virginity" for a lipstick.

But because Jenner, who's 19 years old now, has such a massive fan base, and plenty of young fans of her own, her own followers are finding offense.

With one in five girls in the United States being victims of sexual assault, being barely legal and being a virgin shouldn't be something that's blatantly hyper-sexualized and seen as universally appealing at all.

Mic has reached out to Kylie Cosmetics for comment.