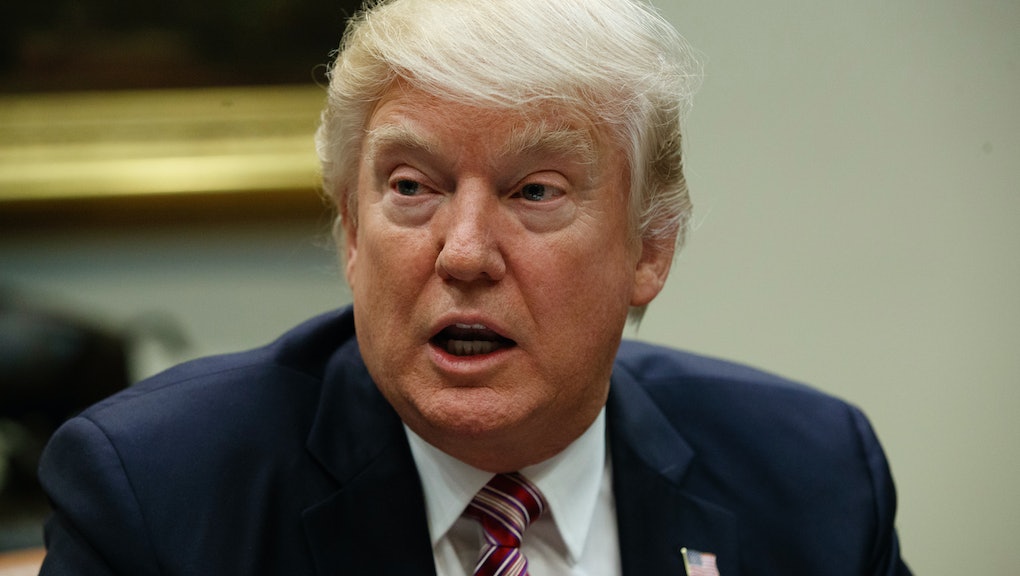 Just two days after the FBI director's explosive testimony confirmed that Donald Trump's 2016 campaign is being investigated for alleged ties to Russia, a new report claims the FBI may have already found evidence of those ties. According to CNN, the FBI has information suggesting associates of Donald Trump possibly coordinated with suspected Russian operatives during the 2016 election to release damaging information about Hillary Clinton's campaign.

Officials reportedly told CNN that the information was not conclusive and that the investigation is still ongoing, but that it included "human intelligence, travel, business and phone records and accounts of in-person meetings."

One official CNN talked to said that it appeared people connected with the campaign "were giving the thumbs up to release information when it was ready," though other sources apparently said such a determination was premature.

On the same day the FBI director confirmed the existence of the investigation Trump tweeted "The Democrats made up and pushed the Russian story as an excuse for running a terrible campaign. Big advantage in electoral college and lost!"

Since then the White House has fended off questions about the report. White House press secretary Sean Spicer said on Monday that "investigating it and having proof of it are two different things."

The White House has yet to react to this latest report.