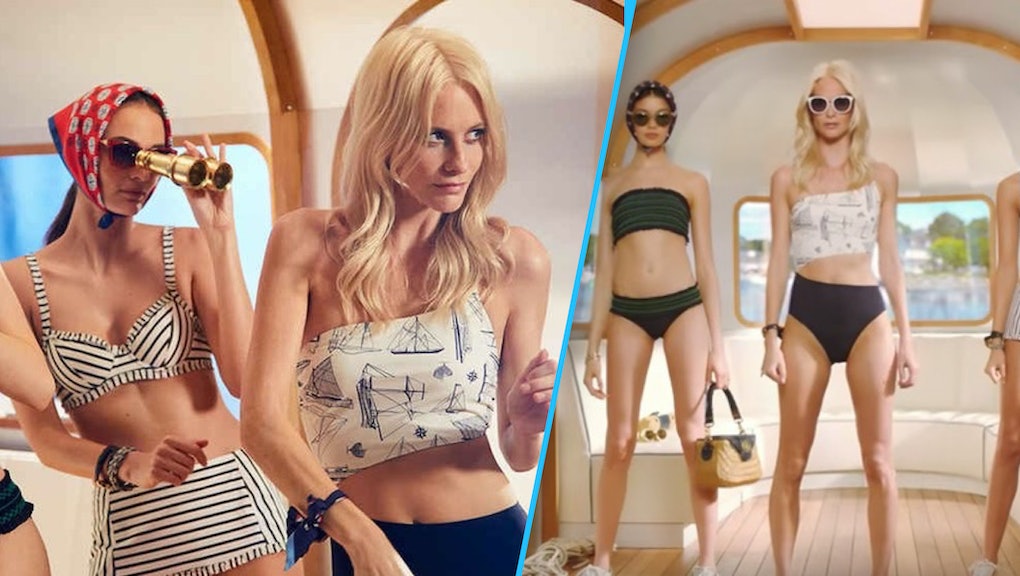 Tory Burch pulls ad after being accused of cultural appropriation

On Wednesday, Tory Burch released an ad for her spring collection that featured three white models dancing around on a luxe yacht and singing along to a rap song.

Go ahead, you can watch it below.

You already know where this is going, don't you?

If you watch the ad on mute, it's pretty harmless, just a few white models awkwardly dancing around and lip-syncing in preppy, nautical attire. But then when you listen to the song that's playing, Zay Hilfigerrr and Zayion McCall's hit song "Juju on That Beat," things get uncomfortable.

Burch, who is white, who had recently gained tons of positive press for her diverse campaign in support of ambitious women, was swiftly accused of cultural appropriation online, with critics noting that she was capitalizing on black culture, but rather than include any black models, the ad features just three white models, including Poppy Delevingne.

So while the song says things like "You know my hair is nappy," a thin white woman dances — and sings — along.

Although Burch, according to Teen Vogue, apologized, saying, "I personally feel badly if this hurt anyone, and I'm truly sorry," and took down the ad (along with her statement, weirdly), it was still too little too late.

Although there are people who find it completely unoffensive too.

Burch has used hip-hop songs in her ads before, using Kent Jones' "Don't Mind" in her Holiday 2016 campaign that also had models singing and dancing along, but that time, she had a black model alongside white ones.

The line between cultural appropriation and appreciation can certainly be blurry, but for fashion companies, there are a few sure ways to eliminate any chance of being accused of appropriation again. For starters, if you're nodding to a culture in an ad, maybe include a model from that culture in that ad.

Mic has reached out to Tory Burch for comment.