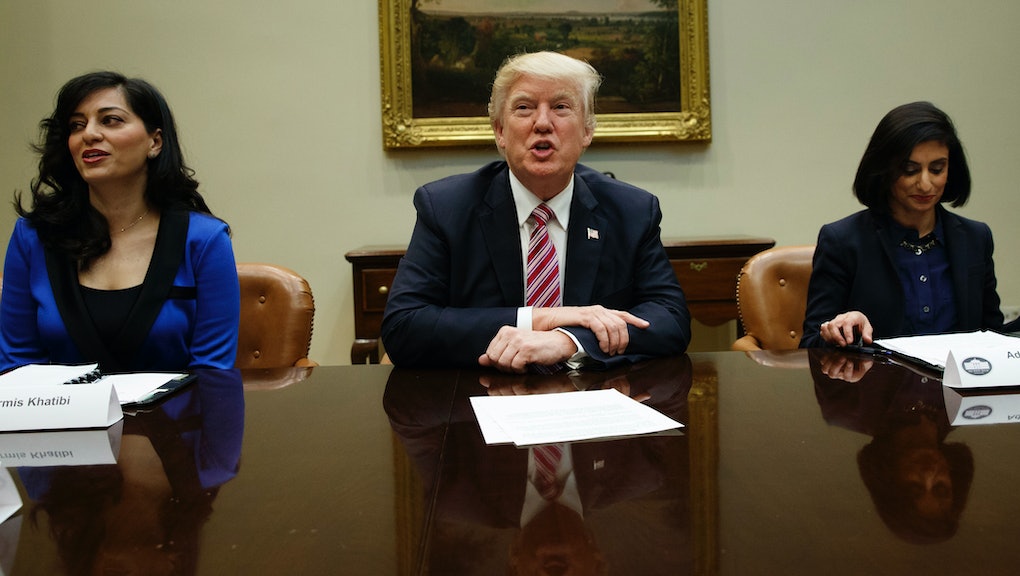 What is the Byrd Rule? Congressional procedure could kill Trump's health care plan

Although the U.S. House of Representatives is gearing up to vote on the American Health Care Act on Thursday, an obscure provision known as the Byrd Rule threatens to unravel the whole thing if it reaches the Senate.

Here's what the rule entails — and how the GOP health care legislation stands to violate it.

In order to understand why the Byrd Rule could play a significant role in the possible upcoming vote, you'll first need to understand something called the budget reconciliation process.

Per the 1974 Budget Act, Congress needs to come up with a new budget resolution each year to make sure that current laws jibe with the spending plan. The GOP plans to maneuver the AHCA — which was drafted as a replacement plan for former President Barack Obama's Affordable Care Act — through the Senate as a budget reconciliation.

There are a couple of reasons to do this, but chief among them is the fact that budget reconciliations can't be filibustered by the Senate. They also require only a simple 50-vote majority to pass, as opposed to other legislation, which requires a standard 60-vote supermajority. Since this is legislation the GOP really wants to pass, it makes sense they would try to push it through this way.

But not so fast — here comes the Byrd Rule.

The Byrd rule itself bars the Senate from slipping what's known as "extraneous matter" into a bill being presented as a budgetary proposal; in other words, anything that strays into the realm of policy and doesn't qualify as strictly budget-related stands to violate the rule.

As it turns out, there's one area in particular where the ACHA seems vulnerable.

As ThinkProgress notes, one of the items included in the proposed legislation that threatens to run afoul of the rule is a provision to allow insurance companies to charge patients a 30% penalty for failing to maintain coverage during the prior year.

While most of the bill's elements are compliant with the Byrd Rule, including cuts to Medicaid and taxes and changes to subsidies, that 30% penalty would only serve to regulate the insurance market, and wouldn't have any impact on the federal government's bottom line.

But if that penalty isn't passed, the whole bill quickly falls apart.

A huge component of Republicans' proposed plan has always been to do away with the mandate of the Affordable Care Act, which required all Americans to purchase health insurance or face a penalty. Republicans are hoping that the 30% charge will similarly incentivize people to buy insurance without making it mandatory. But without that provision, healthy people may have less motivation to buy insurance — which would drain money from the same pot used to insure the people who are actually sick.

As the impending vote looms, the GOP is reportedly already struggling to obtain the numbers needed to push the legislation through. The Byrd Rule threatens to put the bill on even shakier ground — and could wind up being the final nail in the coffin.