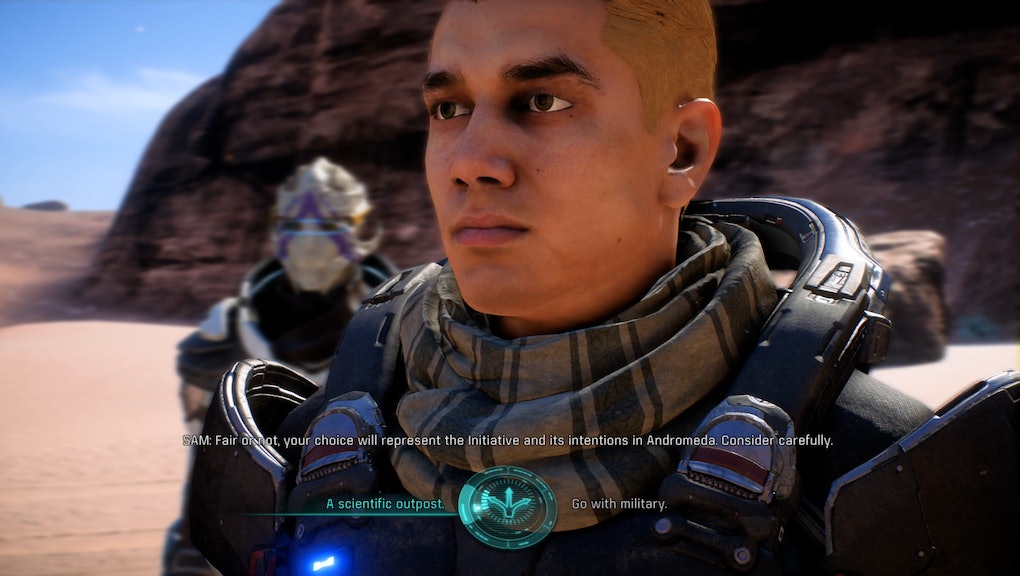 'Mass Effect: Andromeda' Character Import Guide: How to save, share, import your Ryder

The Mass Effect: Andromeda character creator isn't as robust as those in other BioWare games, but there's still plenty of options to create a customized character you'll be happy to spend dozens of hours with over the course of your play-through.

In fact, there's a tool built into Mass Effect: Andromeda that lets you upload your character to the Mass Effect Archives website for others to use. You'll also be able to import other people's custom Ryders if you like the look someone else achieved.

Here's how it works

If you want to import and export your character data, you'll need to create an account on the Mass Effect Archives website. If you already have an EA account linked to your PSN or Xbox Live account, you can simply log in with that existing information.

Once you're logged in, you can comb through other players' custom Ryders, sorting them by how many times they've been "liked" by other players, how new they are, etc.

Once you find a face you want to use, click it, then click "use appearance." Then, within Mass Effect: Andromeda itself, click "import character data" when you're in the new character creator. You'll see it at the bottom of the menu once you enter the character customization screen.

It's a bit annoying that you have to navigate through faces outside the game itself, but it works.

Mass Effect: Andromeda sometimes takes a bit of time to actually show that you're connected to the internet, designated by the "status: online" text and the green dot beneath your username in the upper-right corner on the start screen. So, make sure you wait long enough for it to connect before you jump into character creation.

Once you select "import character data," you should see a confirmation that it was successful. Your character's appearance on screen should change automatically. If it doesn't, make sure you've selected the "customize appearance" option at the top of the screen. If you have the default Ryder appearance selected, their appearance will not change.