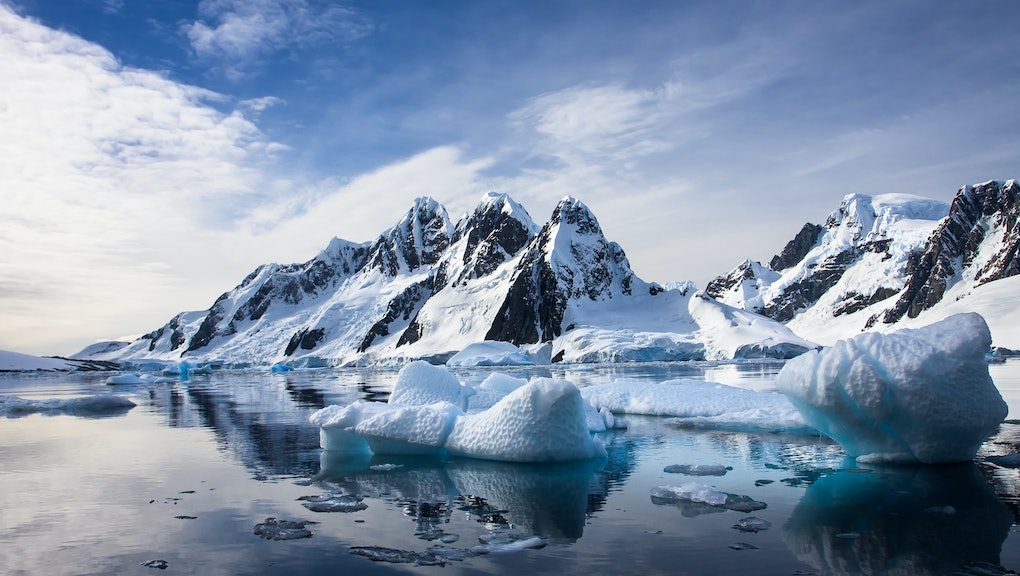 Since regular record-keeping of sea ice started in 1979, combined sea ice levels at the polar ice caps were at their lowest ever on Feb. 13, NASA and the National Snow and Ice Data Center announced Wednesday. Furthermore, the Arctic's winter "maximum extent" — the peak amount of ice in a year — and the inverse "minimum extent" for the Antarctic, in which it is now summer, together hit a record low in early March.

As compared to the nearly 30-year average, the world lost enough polar sea ice by Feb. 13 to fit into Mexico, NASA noted.

While many would reflexively blame climate change, NASA sea ice scientist Walt Meier cautioned against jumping to any immediate conclusions.

"It is tempting to say that the record low we are seeing this year is global warming finally catching up with Antarctica," Meier, who works at NASA's Goddard Space Flight Center, said in the statement. "However, this might just be an extreme case of pushing the envelope of year-to-year variability. We'll need to have several more years of data to be able to say there has been a significant change in the trend."

While Meier doesn't question the existence of climate change, which is recognized by NASA in general, he argued that more data are needed to definitively link lowering sea ice levels to the climate phenomenon.

Over the last decade, the world has witnessed — and felt — a number of other climate-related records being broken. Climate researchers from the University of Ottawa and University of York found in 2016 that the hottest years on record were consecutively broken over the previous nine years. This trend inches us closer to the threshold — a rise in global temperatures by a few degrees Celsius — which would likely trigger violent, volatile and dangerous weather patterns and water deficits the world over.

In keeping with these new climate trends, Meier warned in August that declining sea ice levels will become routine.

"The sea ice is not showing any kind of recovery," Meier said. "It's still in a continued decline over the long term."

Melting of sea ice from rising temperatures can, in and of itself, help further escalate temperatures. Ice reflects the sun's energy back into space; less ice means the Earth absorbs more of such energy, which in turn warms our atmosphere.

"A decade ago, this year's sea ice extent would have set a new record low and by a fair amount," Meier added in August. "Now, we're kind of used to these low levels of sea ice — it's the new normal."