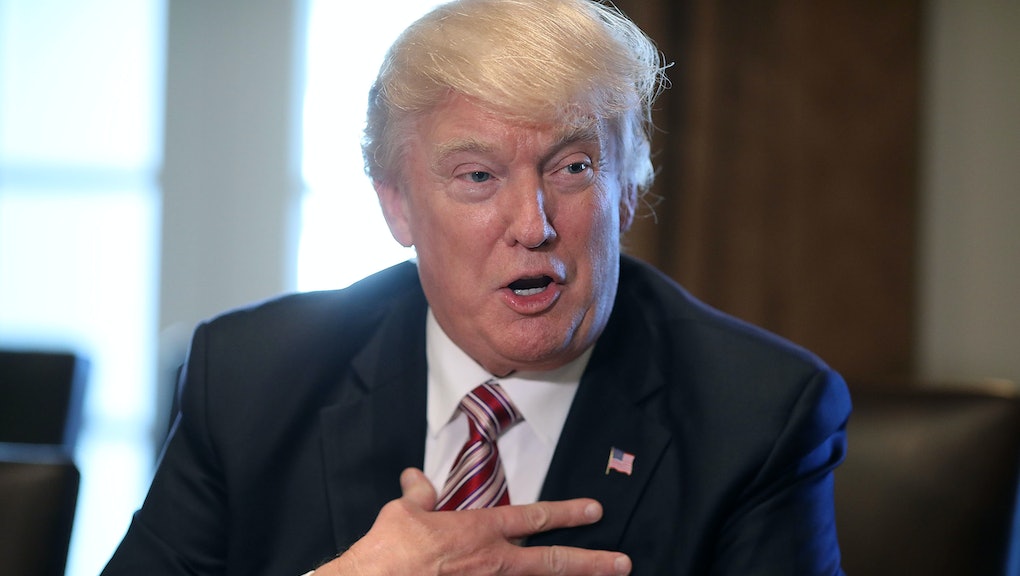 Trump's health care bill is desperately unpopular — even among his supporters

Just 17% of voters support the AHCA, according to the Quinnipiac University poll, while 56% disapprove of the proposal.

White voters without college degrees — a coalition that helped carry President Donald Trump to victory in November — disapprove of the AHCA by a stunning 26-point margin. Just 22% of those voters support the bill, compared to 48% who oppose the legislation.

The AHCA doesn't even garner a majority support from Republican voters, with just 41% saying they back the law, which would replace former President Barack Obama's Affordable Care Act.

Overall, nearly two-thirds of voters — or 61% — disapprove of the way Trump is handling health care, according to the poll.

Trump — who said he's "100% behind" the AHCA — has threatened Republicans who choose not to vote for the bill, saying they would lose re-election in 2018 if they don't support it.

However, the Quinnipiac poll found the exact opposite: 46% of voters said they'd be less likely to vote for a representative who supported the AHCA.

"Replacing Obamacare will come with a price for elected representatives who vote to scrap it, say many Americans, who clearly feel their health is in peril under the Republican alternative," Tim Malloy, assistant director of the Quinnipiac University poll, said in a news release.

House Republicans, for their part, are still working to amass enough GOP support to pass the bill in Thursday's scheduled vote. As it stands now, they don't have the votes.