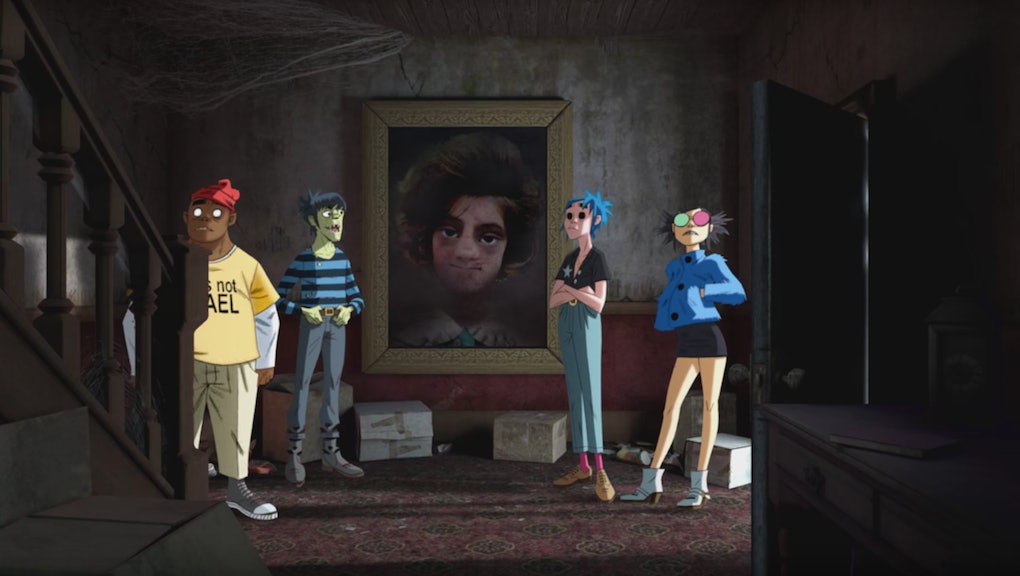 After nearly six years in limbo, Gorillaz, the animated musical brainchild of Blur frontman Damon Albarn and animator Jamie Hewlett, are back with new music, releasing an onslaught of new media Thursday afternoon.

It's a welcome return for their fan base, which only a few years ago assumed they would never hear another record from the genre-bending animated simian crew.

In a 2012 Guardian profile, Albarn detailed the widening rift between he and his co-founder Hewlett, saying new music would be "unlikely." The split turned out to be short-lived, however. Two years later in 2014, Albarn said he and Hewlett were in the process of resurrecting the group and prepping for a 2016 release.

Originally, the album was designed to explore a "dark fantasy," Albarn explained on BBC Radio 1. "Just imagine the weirdest, most unpredictable thing that changes everything in the world," he said. "How would you feel on that night? Would you go and get drunk? Would you stay at home? Just watch TV? Would you talk to people?"

However, following Trump's surprise victory in November, the album took on an entirely different meaning. "I suppose we were imagining the idea of Donald Trump. It's not about Donald Trump at all. But it was imagining that, in a way. That was our dark fantasy, and unfortunately that became our reality."

Check out the twisted, hallucinatory 2D video for "Saturnz Barz" along with simpler animations for the other three tracks via YouTube below.

"We Got the Power" featuring Savages' Jehnny Beth

Mic has ongoing coverage of Albarn and Hewlett's animated band. Read a rundown of the band's past influence on hip-hop and music visuals, along with a recap of all the rumors surrounding their upcoming album. Check out details about the album's collaborators and release date here and a review of their "Hallelujah Money" music video. We included Humanz on our most highly anticipated albums of 2017.