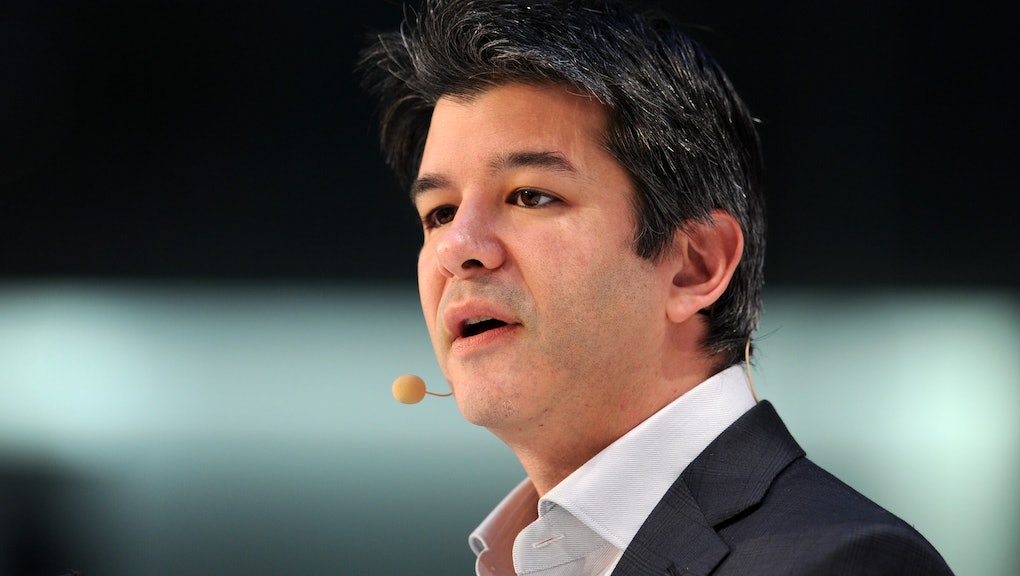 Why engineer Kamilah Taylor turned down a job opportunity at Uber

The average annual pay for a programmer at Uber is $292,000 — but even a salary well above the nation's average doesn't overshadow the controversy surrounding the company. Senior software engineer Kamilah Taylor had "no interest" in working at Uber, the tech giant currently mired in allegations of systemic sexism and employee abuse. So when a hiring manager reached out to Taylor on LinkedIn for the second time, she let them know.

"In light of Uber's questionable business practices and sexism, I have no interest in joining Uber," Taylor wrote. "You may consider that this is a terrible time to try and recruit women in tech to join Uber — I certainly don't know any who are interested."

"This is a terrible time to try and recruit women in tech to join Uber."

The recruiter's response surprised Taylor: "I just want to say that sexism is systemic in tech and other industries," the hiring manager wrote. "I've met some of the most inspiring people here. We have many ladyeng [lady engineers] who are passionate about making the workplace more just and inclusive for women. ... That said, I agree we have lots to do."

Taylor said she was stunned that Uber chose this moment to reach out again. When Uber hosted a press call with board member Arianna Huffington to talk about former U.S. Attorney General Eric Holder's investigation into the company's alleged workplace abuses, Taylor tweeted a screenshot of the exchange to engineer Julie Ann Horvath, and it quickly spread among tech insiders.

In an email, an Uber representative said the company is "investigating, but this message was not sanctioned by Uber's recruiting department."

Taylor tells Mic why she turned down Uber

Taylor, a co-author of Women in Tech: The Book!, told Mic why she chose now to go public with her correspondence. Uber needs to understand that people are upset about what's happening, she said — and that there are consequences.

"This is really, really, incredibly tone deaf," Taylor said in a phone call. "Tone deaf to continue on as business as normal."

After Huffington's widely criticized statement that there is "not a systemic problem" with sexual harassment at Uber — before the investigation is concluded — Taylor was surprised that the recruiter fed her a contradictory line.

"I have to think that she's trying to save face for Uber at this point or trying to do some positive PR spin to make it seem like it's not that bad," she said.

Taylor criticized Uber for "trying to sweep things under the rug internally" and creating a "false narrative" around the sexism allegations. She criticized Uber for avoiding responsibility for its issues, or "[distracting] us with, 'There is sexism at other tech companies.' Yeah, we know there is sexism at other companies. But this is sort of at a different level completely."

"Yeah, we know there is sexism at other companies. But this is at a different level completely."

Uber's failures are personal to her, she said. "I know people at Uber, women at Uber, who have been going through some of this or have been affected by teammates who have gone through sexual harassment. This is not a thing you will see in the press, but I'm also hearing stories of how Uber is handling these things internally, and I'm unimpressed. It would take a lot for me to believe they are actually doing meaningful change."

She continued: "I know many people, like my sister for instance, who's applying for schools. And her friends, they're computer science undergrads, and they're looking at [the Uber fiasco] like, 'We're not going to apply to Uber — this seems terrible.'"

As for the harassment allegations, "There is a systemic issue of sexism in the industry," Taylor said. "I think that is definitely true."

So what can Uber do? "People are watching. And I think it's in [the company's] best interest to actually do something meaningful."

Mic reached out to Uber and will update with any response.