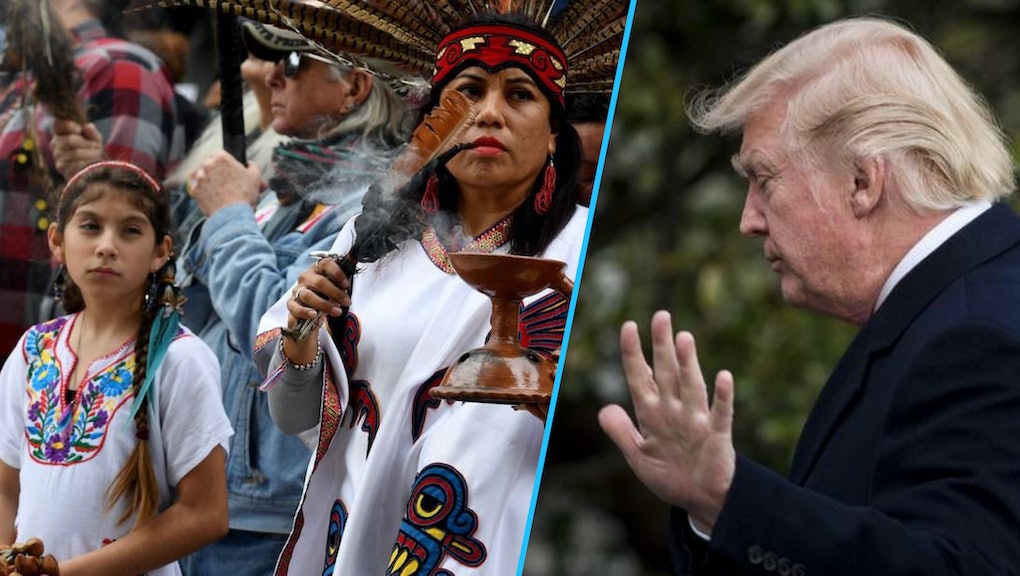 Within Trump's first week as president, he signed an executive order to fast-track the Dakota Access and Keystone XL pipelines' application review.

And on Friday, the State Department issued TransCanada, the company spearheading the Keystone project, a presidential permit, authorizing work on the pipeline at the Canada-U.S. border.

"This is a significant milestone for the Keystone XL project," TransCanada president and CEO Russ Girling said in a statement on the company's website dedicated to the project. "We greatly appreciate President Trump's Administration for reviewing and approving this important initiative and we look forward to working with them as we continue to invest in and strengthen North America's energy infrastructure."

The hotly contested pipeline comes with equally ardent opponents, who argue it will instead weaken North America. "The Keystone XL tar sands pipeline was a terrible idea when it was first proposed nearly ten years ago, and it's an even worse idea today," the League of Conservation Voters said in an emailed statement. "This dirty and dangerous export pipeline would run right through America's heartland, threatening our water, our land and our climate — all to pad the profits of a foreign oil company."

Secretary of State Rex Tillerson recused himself from reviewing the Keystone application earlier this month given his former role as ExxonMobil CEO and strong ties to the oil industry. Subsequently, Under Secretary of State for Political Affairs Thomas A. Shannon, Jr. played a leading role, signing the presidential permit.

"In making his determination that issuance of this permit would serve the national interest, the under secretary considered a range of factors, including but not limited to foreign policy; energy security; environmental, cultural and economic impacts," the State Department said in a statement Friday.

Yet, according to the department's own estimates in 2014, the Keystone pipeline would only create 35 permanent jobs, NPR reports.

The State Department's stance is a stark about-face from the Obama era — during the last administration, the department arrived at an antithetical conclusion to the one announced Friday.

"[T]he State Department has decided that the Keystone XL pipeline would not serve the national interests of the United States," Obama said in 2015 when he rejected the project.

But shortly after Friday morning's announcement, Trump delivered a statement from the Oval Office celebrating the Keystone project. He suggested the decision marks the beginning of a new age in which energy policy will be a priority — likely at the expense of environmental concerns.

"It's a great day for American jobs ... it's part of a new era of American energy policies that will lower costs for American families," Trump said. "This is just the first of many energy and infrastructure projects that my administration will approve," he added.

Trump also offered Keystone his affirmation: "It's going to be an incredible pipeline — the greatest technology known to man... or woman."