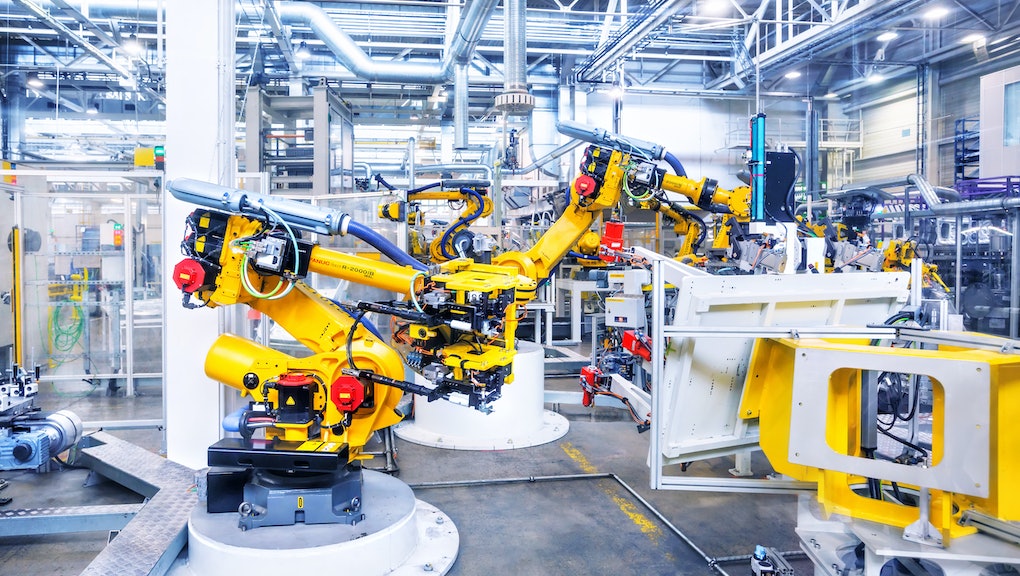 The machines are coming — stateside. It seems American workers are more likely to be automated out of their jobs over the next two decades than people in other comparably wealthy countries like Germany, Japan and the United Kingdom, according to a new report by the consultancy PwC.

Before you start booking your flight to Kyoto, PwC writes that it is hopeful that many of the jobs under threat will likely be saved in some way, possibly by regulatory reform or other economic factors. Whether hope is warranted? That is a big question.

On one hand, it's possible that new technology could actually create new jobs to make up for some of the ones that disappear. But on the other hand, there is evidence that the United States government may be underestimating the threat of robotization to American workers. On Friday Treasury Secretary Steven Mnuchin told Axios that he is "not worried at all" about automation: "It's not even on our radar screen," he said. "Fifty [to] 100 more years."

So why might the U.S. be at greater risk than other countries? It might have to do with both education and globalization. While we often think of automation risk as affecting certain industries more than others, within industries themselves there are specific jobs that are harder to replace than others.

According to PwC's analysis, American finance and insurance jobs in particular were found to be more susceptible to automation than those in the U.K. PwC argues it has to do with London's role in the international banking system. More of the U.K.'s finance jobs involve doing business internationally, and that might require higher levels of specialization and education. Those types of jobs are harder to automate.

In the U.S., by contrast, many of banking jobs are at local banks and bank branches, where the work of drawing cash and keeping records could be easily handled by machines.

One lesson here? If you're worried about the robot uprising, bulk up on those people skills. That's because he toughest thing to automate is actually managing other employees: McKinsey estimates that managers spend only about 9% of their time on tasks that could be automated. Meanwhile, some 69% of the time spent in data processing jobs can already be replaced by currently existing technology.

The Bureau of Labor Statistics also compiles data on which fields are more likely to see job growth than others in the coming years.

Health care jobs are in a relatively safer category: Demand for nurse practitioners, home health care aids, physical therapy aids and more are all expected to grow by more than 30% by 2024.