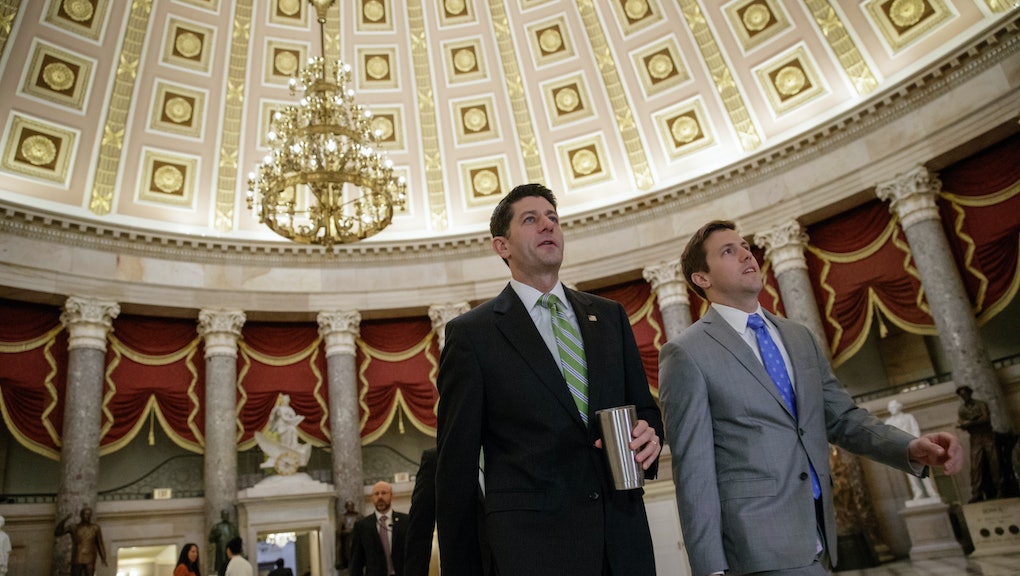 Health care vote 2017: Latest updates on the showdown between Trump and the GOP

First it was on; then it was off; and now, as of Friday morning, the House of Representatives' planned vote on the GOP health care bill is back on.

The American Health Care Act — President Donald Trump's much-maligned health care bill — is set to face its largest hurdle yet on Friday, despite a grim prognosis on Republican support.

After a frantic Thursday night shuffle, during which the vote on the legislation was delayed as GOP leadership scrambled to whip up votes, top White House officials emerged with a new message: The vote will take place on Friday, and if the bill fails, Trump won't fight for it.

On Friday morning, White House budget director Mick Mulvaney told CNBC that the president "is not a politician," but a businessman who "thinks the time has come vote."

"The president has his offer on the table," he said.

Mulvaney also said that Trump is willing to keep Obamacare in place if the replacement plan fails in favor of moving on to other legislative priorities.

According to the most recent estimates by CNN, 27 House Republicans currently oppose the AHCA — six more than the maximum 21 GOP votes the bill can afford to lose and still pass. No Democrats are expected to vote in the bill's favor.

Trump and House Speaker Paul Ryan have been hustling to rally lawmakers in support of the bill with no clear success, CNN reports. Their lobbying efforts particularly focused on the hard-right House Freedom Caucus — a group that opposes Planned Parenthood, and who would ostensible be happy to see a bill which defunds the women's health care provider succeed — to little avail.

The lack of support from the Freedom Caucus is an example of how the AHCA, which includes significant cuts to Medicaid and a rollback of Obamacare's individual mandate, has been a hard sell, even among the most conservative lawmakers.

If the new legislation is passed, the Congressional Budget Office estimates that 24 million Americans stand to lose their insurance.