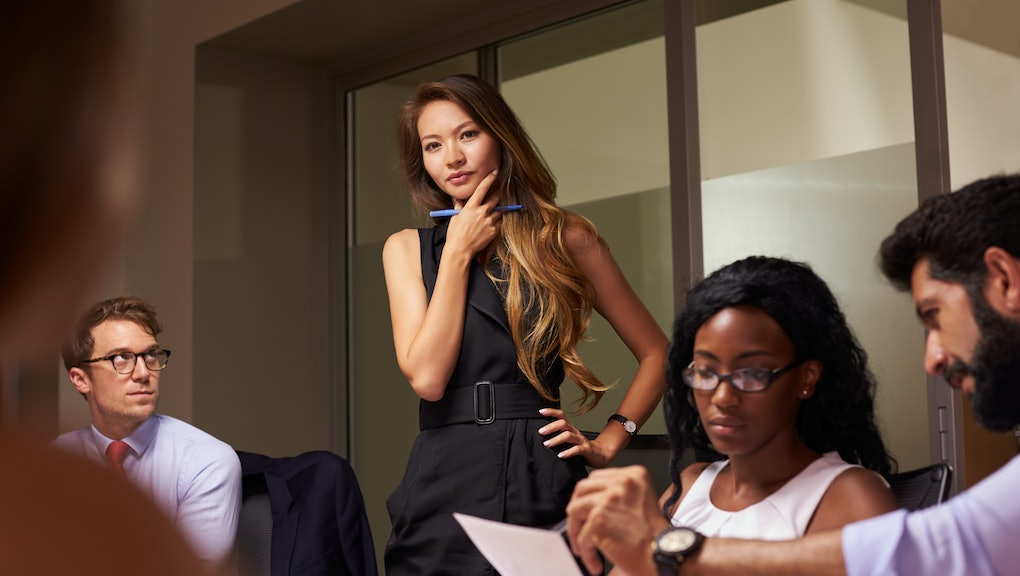 Why 'betas' are better bosses: 3 reasons why this personality type makes the best manager

Bad bosses come in different forms. Some demand all your time. Some you fear asking for a raise. And then there are those who make life a living hell.

But other than a lack of the above traits and behaviors, it's still not always clear what makes a good manager. Sure, confidence and decisiveness help leaders stand out, and Type As who project authority and dominance may have a natural advantage when it comes to job interviews. Do those qualities actually result in a good boss, though?

Not necessarily, Susan Cain, author of Quiet: The Power of Introverts in a World That Can't Stop Talking, opined in the New York Times in March.

In fact, prioritizing "alpha" over "beta" skills — listening, supporting, engaging and letting ideas percolate up from below — produces lesser leadership, Cain argued. Rather than having a homogenous class of "leaders" at the top, she posited, society instead needs to be led by "followers" and "team players."

Indeed, while mighty, dominating imagery like the oak tree or banyan tree are often associated with leadership, other metaphors might be more appropriate. Instead of the banyan — so thick the sun cannot reach seedlings below — why not the willowy aspen, which encourages others to grow alongside it? Or the dandelion, nimble and tough enough to break through the sidewalk?

After all, overly "alpha" leaders might not hear new ideas and may plod blindly ahead. Those less used to dominating may be better at tapping the power of teams to produce more efficient work.

Here are three big ways workplaces benefit from placing a beta at the helm.

1. Beta bosses are better at listening.

Adam Grant, a Wharton School professor who has written books on what drives people to succeed, told Cain the question he's most often asked is: How can I contribute when I'm not in charge, but have a good suggestion and want to be heard?

"These are not questions asked by leaders," Grant said. "They're fundamental questions of followership." Employees have an enduring need to be heard. That's why, if you put a listener at the top, you may move mountains.

One of Grant's experiments showed how: He invited college students to work in groups — under the leadership of either an extrovert to introvert — to see how many T-shirts they could fold in 10 minutes.

Some of the researcher-followers also stopped their group's workflow 90 seconds into the task to suggest a better approach. These "proactive followers" — people who, like many workers, have suggestions and ideas but are not in power — proved to be a threat to the extroverted leaders, who didn't listen to their ideas.

The introverted leaders, however, listened to the suggestion and motivated their groups to work hard.

In the end? The groups with proactive followers and an introverted leader actually outperformed other groups, folding 28% more shirts. The workers also reported feeling happier for having been heard.

In a 2015 study, between 13% and 36% of workers reported having worked under a leader whose behavior could be described as "dysfunctional" and disrespectful. That's a lot of drama — and it could be contagious.

In fact, workers who have been bullied by a supervisor are more likely to deliberately harm their managers, according to research from Clemson University. Employee retaliation can come in many forms, like withholding important information, refusing to put in extra time, ignoring their bosses, gossiping or stealing company property, study co-authors Kristin Scott and Tom Zagenczyk said in press release.

High-octane abuse from a supervisor results in a negative office culture. Of course, not all bullying bosses are extroverted; there are certainly passive or passive-aggressive ways to bully or undermine, too. But the on-display misbehavior of an aggressive boss can especially wreak havoc on a workplace, Zagenczyk said.

"Sometimes the problem is not the supervisor alone, but the organization's culture itself," Zagenczyk said. "Aggressive cultures teach employees that abuse of subordinates is an acceptable — and sometimes expected — practice."

This kind of environment has far-reaching consequences. If those employees aren't able or willing to voice their frustrations at work, it can affect family members at home.

"Abusive supervisors not only can make life miserable for their direct reports, they can contribute to an unhappy home life," Scott said. "Spouses of these employees have reported that their bullied worker often times was moody, hostile or demeaning at home."

Beyond that, managerial abuse can create costly inefficiencies in the workplace by raising absenteeism, turnover and litigation, according to the study. Sound familiar, Uber?

Sure, not everyone's boss physically abuses them or initiates disciplinary hearings for employees who take time off for surgery. But alpha bosses can still have a detrimental effect on your health.

Research shows that when people experience repeated stressors like incivility or aggression for too long, their immune systems can be compromised and they may experience major health issues — including cardiovascular disease, cancer, diabetes and ulcers.

For women, a stressful job increases their likelihood of a cardiovascular event by 38%, according to one study. Even spot stressors — unfortunate flare-ups and confrontations, and the replaying of those in our heads — can lead to increased appetite and obesity. Researchers from the University of Southern California and the University of Florida found that uncivil behavior reduces productivity by making workers unable to take in new information. Workers can also fall behind because of sleep deprivation.

Given these potential problems, how do bad alpha bosses rise up so often? Social and cultural forces tend to push individuals with narcissistic — and, sometimes, psychopathic — traits into positions of power. Such toxic leaders then use fear and intimidation to maintain control.

The bottom line? When you're interviewing for a job, remember you're sizing up the company and leadership as much as they're evaluating you. Don't dismiss a mild-mannered listener — and don't be afraid to walk if you notice red flags, like an overly aggressive potential manager. You can do better.