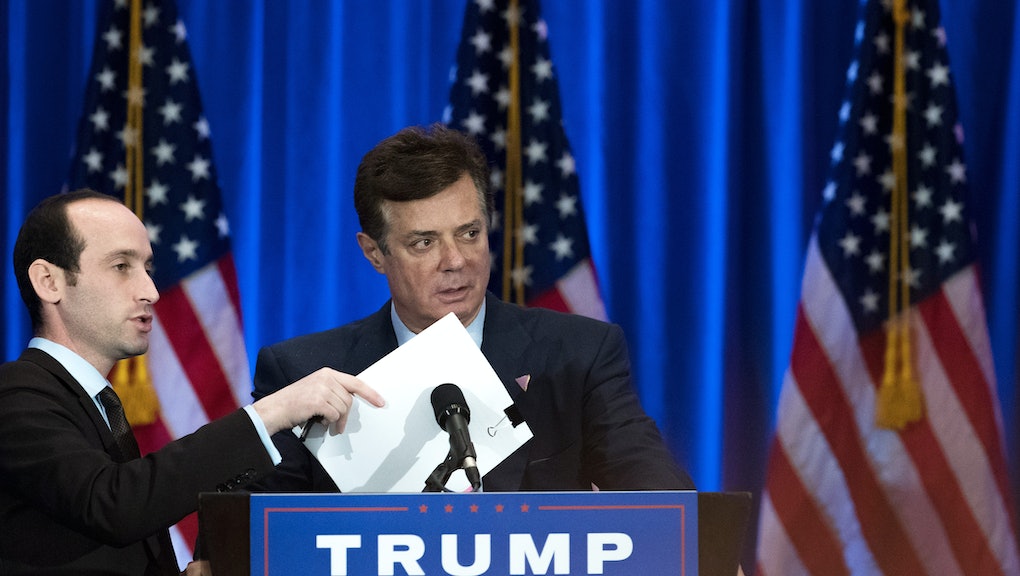 Paul Manafort will testify on Russia before House Intelligence Committee

Nunes said Manafort — through his legal counsel — volunteered to testify before the committee.

Manafort has faced criticism in recent weeks after reports that he was paid millions to promote Russian President Vladimir Putin's interests in the United States.

Trump administration officials have sought to distance themselves from Manafort after the headlines emerged.

White House press secretary Sean Spicer said Manafort — who chaired Trump's campaign for a large chunk of the election — had a "very limited role" in the Trump campaign.

Still, despite the fact that Manafort will testify before the committee, Democrats are angry that Nunes canceled a scheduled hearing on March 28 with other key figures in the government's Russia investigation, including former Director of National Intelligence James Clapper, former CIA Director John Brennan and Sally Yates, the former acting attorney general whom Trump fired in January.

Rep. Adam Smith (D-Calif.), the ranking member on the committee, said Nunes was trying to "choke off public info" by canceling the March 28 hearing.