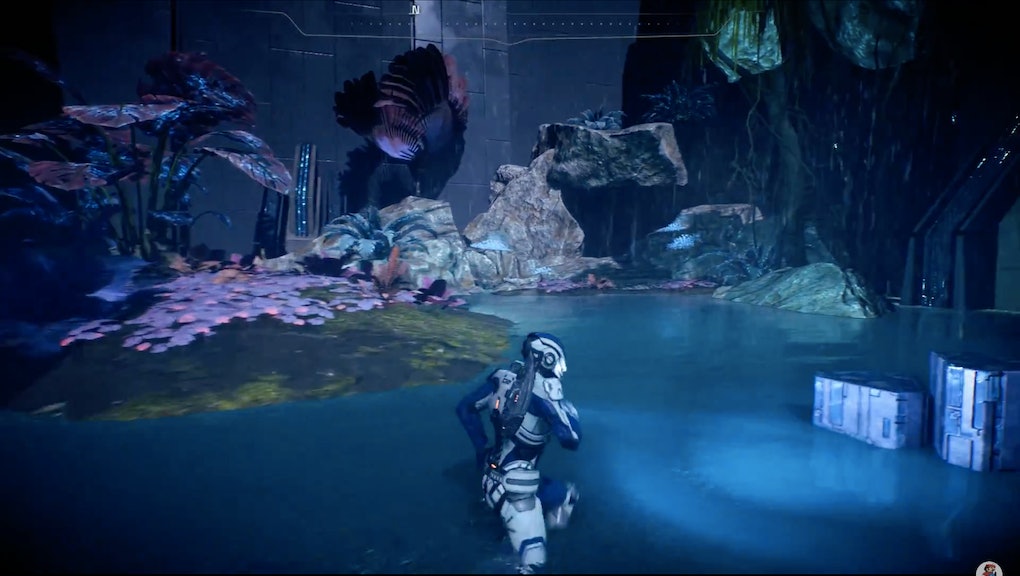 'Mass Effect: Andromeda' Roekaar Manifesto Locations: Where to find them on Havarl

Much like its predecessors, Mass Effect Andromeda has a sprawling narrative for you to uncover at your own pace. There are mission-critical quests that help humanity establish a new colony in the Andromeda system, as well as side quests designed to help flesh out the universe and who your Pathfinder is as a person.

Once you've unlocked Havarl during the critical mission "A Trail of Hope" and completed its main side mission, "A Dying Planet," you'll be able to find all six of the Roekaar Manifestos scattered around the planet. If you need a little more guidance on where to find these manifestos, we're here to help.

Mass Effect: Andromeda Roekaar Manifesto locations: Where to find them on Havarl

According to VG247, you'll get the task to collect all six manifestos midway through "A Dying Planet" by accessing a datapad in the Roekaar camp. From there, it's all about hunting down the datapads, which can be a little tricky.

Fextralife's Mass Effect: Andromeda wiki has the list of where to find the six manifestos scattered around Havarl:

First Manifesto: The first manifesto is found at the top of a set of stairs you'll encounter after crossing the bridge over the Chasm of the Builders towards Old Pelaav.

Second and Third Manifestos: These two are both found in the Old Pelaav encampment, stashed inside different buildings, so don't forget to use your scanner if you have trouble finding them.

Fourth Manifesto: The fourth manifesto is in a cave at the bottom of the Chasm of the Builders. You'll already have to go to the south end of the chasm to activate the vault as part of the "A Dying Planet" quest, so make sure to take a detour to the north side as well, where you'll find the cave on the right-hand side.

Fifth Manifesto: First, get the mission "Overgrown," which you can obtain by speaking to Dr. Tassana Rilar at the research station after beating "A Dying Planet." She'll be near where your character spawns in. While doing that mission, you'll find one of the Roekaar manifestos on a crate in the middle of a Roekaar camp.

Sixth Manifesto: The final manifesto can be found while doing Jaal's loyalty mission, "Friend or Foe?" which you can access by speaking to Jaal after speaking to Evfra from the Tempest upon opening Havarl's vault.

During that quest, you'll find the final Roekaar manifesto on a table in Thaldyr's house when you gain access during or after speaking to her.

Completing the task will give you 270 EXP and a little more insight into who the Roekaar are and what they want. Sure it would be nice if it didn't come via text dump, but we'll take what we can get.

For more on everyone's favorite space opera, check out the rest of what Mic has to offer. Here's a story about the horrifying harassment campaign carried out against a former BioWare employee, a guide on romancing Keri, a guide to romancing Reyes and a quick explainer on the different types of health in Andromeda.