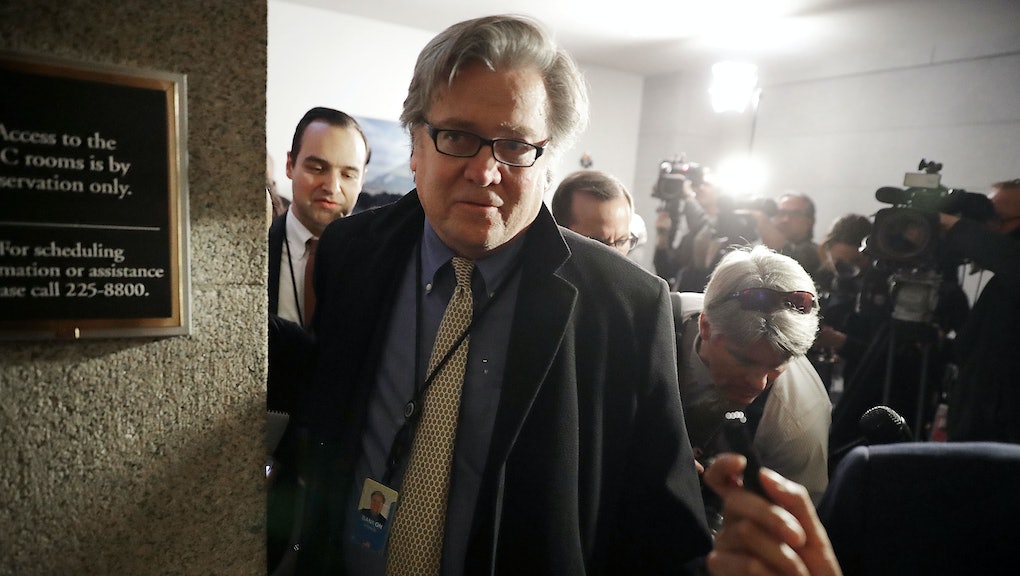 Earlier this week, before the politically catastrophic defeat of the GOP health care bill, former media mogul and now White House Chief Strategist Steve Bannon tried to tell Republicans they had no choice but to vote for the bill.

"Guys, look," Bannon said, according to Mike Allen of Axios. "This is not a discussion. This is not a debate. You have no choice but to vote for this bill."

Coming from someone with no political experience until nine weeks ago, this didn't go over well with the congressmen in the room.

"You know, the last time someone ordered me to something, I was 18 years old," a member of the House reportedly replied. "And it was my daddy. And I didn't listen to him, either."

Trump would later go on to tweet that it would be ironic if the far-right Freedom Caucus opposed the bill, given that its members hate Planned Parenthood so much.

But it turns out public shaming doesn't work as well off the campaign trail.

It appeared in November that since Republicans controlled the White House, Congress and the Senate, it would be easy to enact a legislative agenda.

But given that the Trump administration is zero for two on its major initiatives — having lost both of its first two attempts at the so-called Muslim ban as well as the long-promised Obamacare repeal — these failures don't bode well for upcoming plans like tax reform or the fabled border wall.