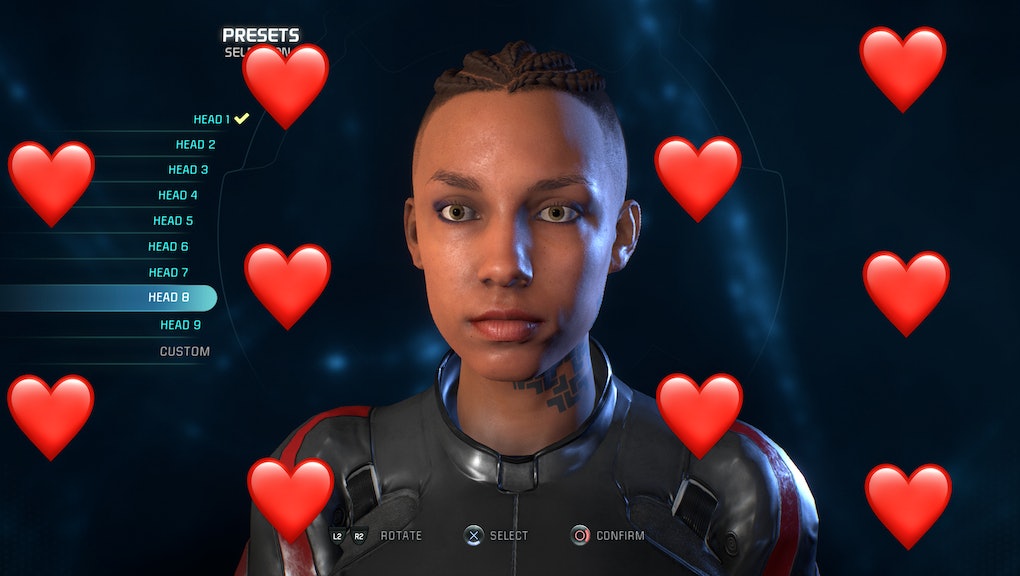 Have you ever tried to make a nonwhite character in a video game? It doesn't usually go very well.

Most of the time, it's clear the character creator was designed primarily with white characters in mind, so you just end up with a character that looks like a white guy in all ways except for dark skin and an afro — which is almost invariably the only nonwhite hairstyle available in any game.

Despite its other shortcomings, the Mass Effect: Andromeda character creator absolutely nails it in this regard. Of the 18 face presets for males and females, only five or so read as white — and the remaining majority are pretty stunning.

When you start a new game in Mass Effect: Andromeda, you can either stick with Ryder's default appearance — which, notably, is still a white dude — or you can create a custom Ryder using one of several presets as a starting point.

And when you look at each preset, it's clear that BioWare took care to design each facial model's structure to look distinguishably different from the next; these aren't simply different combinations of a limited set of noses and eyeball shapes recycled over and over.

Here are screenshots of some faces you can choose from, just to give you an idea of what we're talking about:

The character creator isn't perfect — it too struggles with the limited choices of black hairstyles that pervade the gaming world at large — but it's undeniable that the presets offer a level of detail and diversity that most games don't stack up against.